7 Central Parks in London for All Seasons

London is blessed with parks. Which is the biggest and how many Royal Parks are there. Here is our round up of the 7 best parks in London. 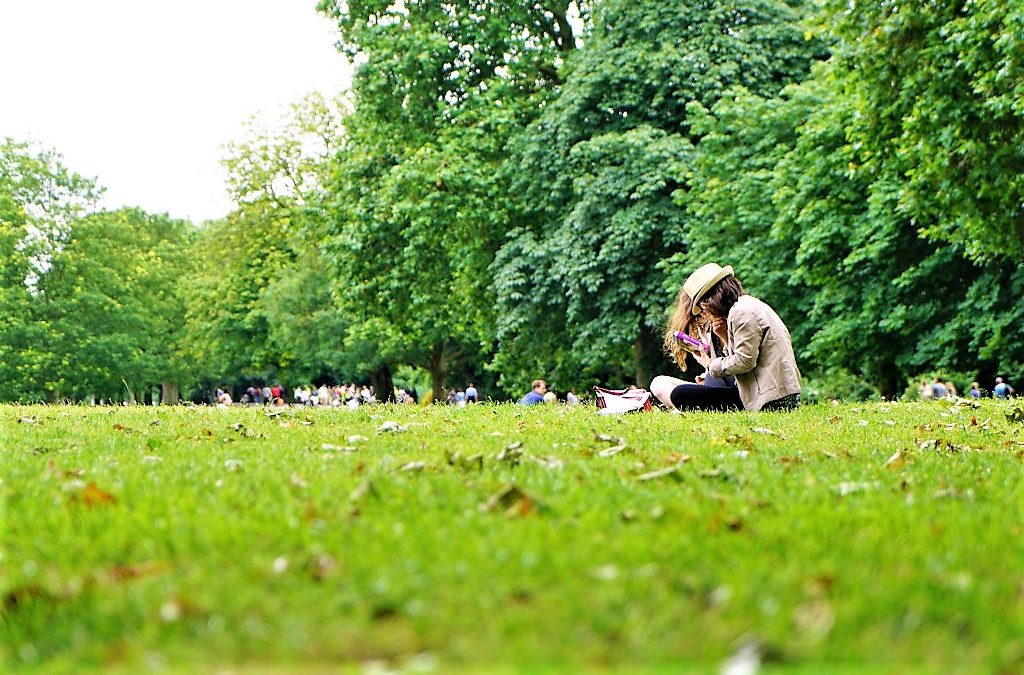 7 Central Parks in London for All Seasons

One of the greatest aspects of living in the UK capital is the wonderful amount of green space to enjoy. In addition to the many squares and large spaces, such as Greenwich Park, Hampstead Heath and Epping Forest, there are numerous beautiful parks in London, right in its very heart.

Whether you are looking for somewhere to soak up some of that illusive London summer sun, a brisk winter walk, or see the seasonal changes in spring and autumn, there is something for everyone in central London parks, regardless of what time of year you choose to visit.

Here is our round up of the best parks in London, each with its own interesting history.

Starting with my personal favourite, St James’s Park is the green refuge that separates Whitehall from Buckingham Palace. In summer the green lawn that surrounds St James’s Park Lake is full of people eating sandwiches during their lunch hour, or perhaps catching a band playing at the bandstand.

Amounting to some 57 acres this is the second smallest of the eight Royal Parks in London, but arguably it is the most beautiful. Stroll around the lake and its two islands – West Island and Duck Island – where the park’s large number of waterfowl congregate. There is even a family of pelicans that have lived in the park for almost 400 years; a gift from the Russian ambassador to King Charles II.

Named after a leper hospital dedicated to St James the Less, in the past St James’s Park used to contain exotic animals including crocodiles and camels, but the current landscaping dates back to 1826-7, when John Nash converted the existing canal into a lake.

If you walk through St James’s Park towards Buckingham Palace you will see our next park – Green Park on your left. The smallest Royal Park, in many respects this is the green corridor that connects St James’s Park with Hyde Park. With no lake nor building in its centre, and no ornate garden; this is the minimalist London park.

However, it is an inviting space to stretch out and chill, or perhaps hire one of the deckchairs. In summer, keen amateur footballers tend to congregate here for the odd game of park football – I know I was one – which invariably ends up in one of the neighbouring pubs. You can always ask to join in, so long as you have a pullover to help make the goal post.

Initially a burial ground for lepers, in the 16th century the park was enclosed as Upper St James’s Park. In 1746 it was renamed Green Park before being landscaped in 1820, one more by John Nash. It is hard to imagine now, but at late as the 18th century Green Park lay on the outskirts of the city and had a reputation for being the haunt of highwaymen and thieves. The park then became popular for firework displays with Handel’s Music for the Royal Fireworks composed for a display at Green Park in 1749.

Hyde Park is the largest of the four Royal Parks that form a ‘green lung’ stretching from St James’s Park to Kensington Gardens. You can walk from Green Park via the bewildering maze of subways to Hyde Park. Its size lends itself to a variety of uses, including hosting outdoor music festivals in the summer and the Winter Wonderland in less temperate times. The Rolling Stones, Pink Floyd and Queen – the band not the monarch – have played here.

At its northern perimeter bordering onto Oxford Street by Marble Arch, Speaker’s Corner has constituted an essential part of the country’s right to Free Speech since 1872, with Suffragettes and anti-Iraq war protestors getting on their soap box here. Towards the south of the park lies The Serpentine lake, created in 1730 for Queen Charlotte, where you can swim in Hyde Park Lido, or hire a boat. Each September the Swim Serpentine event is held here with proceeds going to Children with Cancer UK.

Grade-I listed, the park owes its name to the Manor of Hyde, and was created in 1536 when Henry VIII seized the land from Westminster Abbey as part of his dissolution of the monasteries marriage plan. Initially the monarch used it for hunting, but in 1637 Hyde Park was opened to the public and swiftly became popular for duelling. The park that you see now was largely developed in the 18th century. It contains many memorials and statues, including the Diana, Princess of Wales memorial, London’s Holocaust Memorial, 7 July Memorial, and Rima by Jacob Epstein.

Concluding the chain of four Royal Parks, Kensington Gardens is really an extension of Hyde Park – just cross the Serpentine bridge once you have passed the Princess Diana Memorial Fountain. Once the private grounds of Kensington Palace, Kensington Gardens are fenced off and more formal than Hyde Park, only open during daylight hours.

The Gardens are probably most famous for two memorials – the Albert Memorial (opposite the Royal Albert Hall) built in 1872 in memory of Queen Victoria’s consort, and the Diana, Princess of Wales Memorial Playground. The gardens also have a statue of Peter Pan by George Frampton which honours JM Barrie’s book Peter Pan in Kensington Gardens. Kensington Gardens is also home to one of the London’s finest contemporary art spaces in the Serpentine Galleries.

Initially the Gardens were joined to Hyde Park and constituted part of Henry VIII’s hunting grounds. However the two parks were separated in 1728, so that Queen Charlotte could have a more fashionable landscaped gardens. Certainly, Kensington Gardens has a far more manicured feel to it than its open and sprawling neighbour.

What is the biggest park in London?

Away from the green lung, but still a Royal Park, The Regent’s Park is the largest of our seven parks in London. The park is best enjoyed in the summer where you can see Londoners playing games of cricket in the late afternoon sun or at weekends. Or you can brush up on your Shakespeare performed at the Open Air Theatre Regent’s Park.

The Regent’s Park is best approached through the Avenue Gardens to the south where you can enjoy the beautiul plants. Central Queen Mary Gardens has more than 12,000 roses. However, the park is probably most famous for containing ZSL London Zoo to its north bordering onto the Regent’s Canal. Alternatively, you can hire a boat on the boating lake, or just relax in all this space – 395 acres. The park also has a large wetland area, with some 100 species of wild bird and even breeding hedgehogs.

Like Hyde Park, The Regent’s Park is Grade-I listed, and it too came into royal possession when Henry VIII dissolved the monasteries and was looking for more hunting land when not cavorting with Anne Boleyn. In the 1800s the Prince Regent, later George IV – after whom it is named – turned the park into pleasure gardens, and just like with St James’s Park and Green Park, John Nash, together with James and Decimus Burton, was employed to turn vision into green reality.

Our final Royal Park lies directly north of Regent’s Park, just across Prince Albert Road. In fact it really is still part of Regent’s Park, but deserves a mention on its own. Much smaller than its neighbour, Primrose Hill has one major draw – the spectacular view it offers from its summit. This is one of six protected views in London, and as such trees are deliberately kept low to preserve the panorama from its 63-metre peak. Hardly Everest I know, but the views are spectacular, and merit return visits if only to see how the capital’s skyline is constantly evolving. Unfortunately, Primrose Hill’s vantage point has proved extremely popular, so be prepared for a gathering of sun worshippers especially if you choose a sunset vista.

Just like it’s southerly neighbour, Primrose Hill was usurped by the blood-thirsty Tudor Monarch in the 16th century. It had a bit of a chequered reputation for quite some time with prize fighting and duelling taking place here. At its summit there is a quotation from William Blake etched in York Stone – “I have conversed with the spiritual sun. I saw him on Primrose Hill.” Enough said.

How many Royal Parks in London are there?

The last in our round-up of parks in London, is certainly not least, although it is the only one that is not a Royal Park, and is the most westerly of our central selection. Holland Park is only 54 acres in size – roughly the size of St James’s Park – but it is an interesting mix of ornate gardens, sports facilities, children’s playground and woodland.

Perhaps the most beautiful aspect of Holland Park is the Kyoto Garden that was created as part of the London Japan Festival in 1992. Along with the Fukushima Garden this provides a distinctly Japanese feel to the park. Holland Park Ecology Centre offers nature walks and educational programmes. Alternatively, just wander around and meet the squirrels, peacocks and even pigs.

Holland Park used to be the grounds of a mansion – Cope Castle built by Sir Walter Cope in the 17th century. It was renamed Holland House after being purchased by the wife of the Earl of Holland, the appropriately named Lady Rich. The property was badly bombed in World War II. Only one wing and a section of terrace remain. The former now houses a youth hostel, and the latter is the venue for the open-air Holland Park Theatre, which has a summer programme of performances, opera and concerts.

Waddesdon Manor Events in May and June