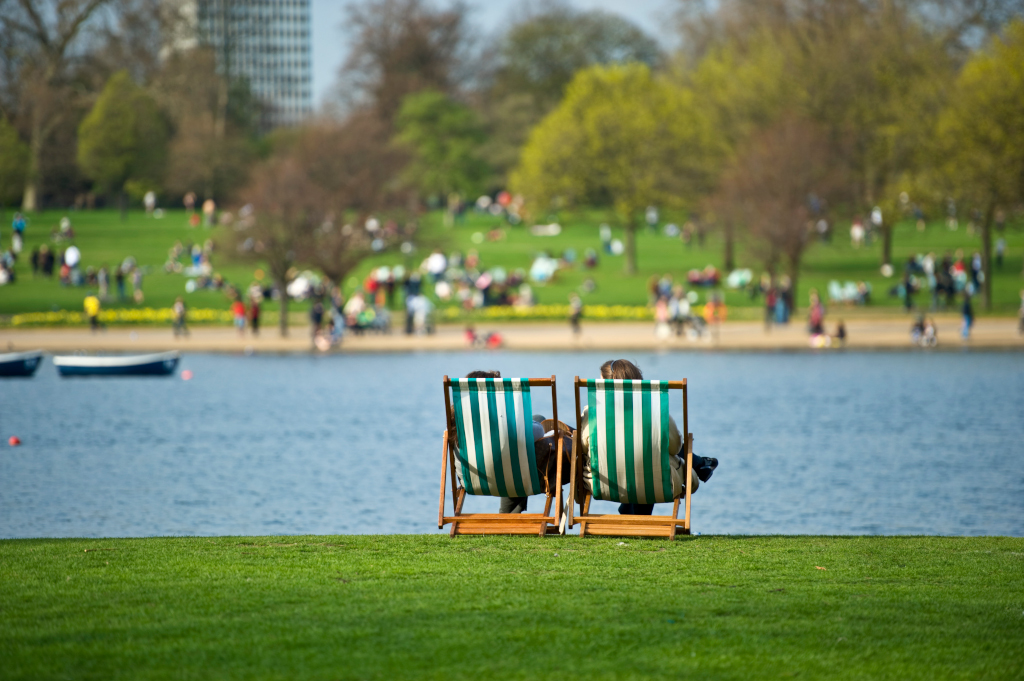 The largest of the four Royal Parks that form the Green Lung from St James’s Park to Kensington Gardens, Hyde Park is a popular venue for major festivals, such as Winter Wonderland and concerts. Pink Floyd, The Rolling Stones and even Queen – the band not the monarch – have played here.

But Hyde Park is much more than just a great music venue. It is steeped in history. To its north bordering onto Oxford Street near Marble Arch is Speaker’s Corner which is where Londoners have demonstrated their right to Free Speech since 1872. From the Suffragettes to Anti-Iraq War protestors people have got on their soap box here in a quintessentially British manner.

The park’s main feature is the Serpentine, a lake created in 1730 for Queen Charlotte. You can take a boat on the artificial lake or even swim in the Hyde Park lido, or if that sounds a bit too stressful then just lie back in a deckchair and slowly doze off – newspaper on your head optional.

Created in 1536 when Henry VIII confiscated the land from Westminster Abbey as part of the Dissolution of the Monasteries, it was initially used by the monarch as hunting grounds. It was only opened for public use in 1637 when it became a favourite duelling location.

The design of the park essentially remains as it was in the 18th Century, when Kensington Gardens became separated from it by the creation of the Serpentine bridge. Its many statues and memorials include as Rima by Jacob Epstein, London’s Holocaust Memorial, Diana, Princess of Wales memorial and the 7 July Memorial.

From 5am to midnight.

How to Get to Hyde Park?

As part of the Green Lung, you can walk through the great central London parks to find many attractions. Towards the east you have Buckingham Palace, to the north Marble Arch and Oxford Street, while Kensington Gardens and the wonderful Serpentine Galleries lie to the west. Knighsbridge, Harrods, Royal Albert Hall et al are to the south.