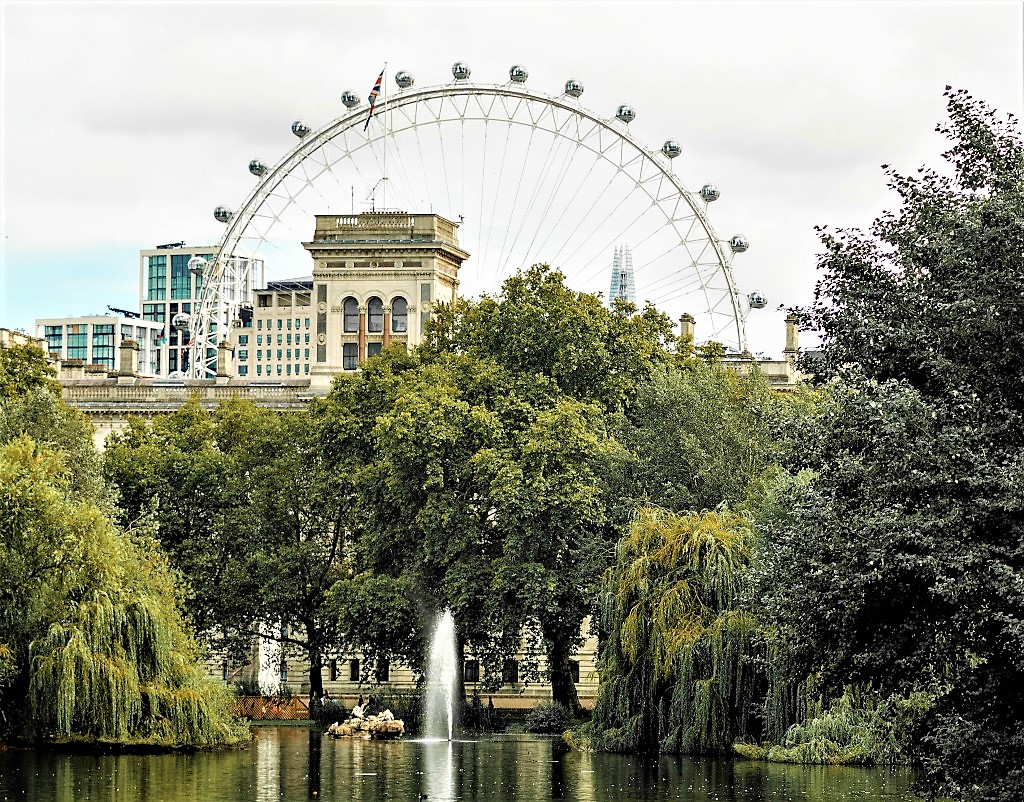 Small but perfectly proportioned St James’s Park is our editor’s favourite central London park. Situated between Westminster and Buckingham Palace, and running alongside the Mall, it is the first part of the Green Lung that runs to Kensington Gardens.

In its centre is St James’s Lake, which is full of wildfowl, taking advantage of its two small islands. The park is an extremely popular venue for workers taking their midday sandwiches and tourists listening to a brass band playing at the bandstand.

Given its extreme beauty it is hard to imagine that the Park is actually named after a leper hospital that was dedicated to St James the Less. The current meticulous landscaping was designed by John Nash from 1826-7, who converted the canal into a lake.

The most exotic animals now found in the park are a family of pelicans, descendants of the original birds gifted to King Charles II from the Russian Ambassador some 400 years ago. However the park used to contain a variety of exotic animals including camels and crocodiles.

Open 5am to midnight.

You can view one here.

How to Get to St James’s Park?

St James’s Park (District and Circle Lines) is the nearest tube station, while Victoria Station, about 15 minutes’ walk away is the nearest main line station.

It lies between Buckingham Palace and Westminster, connecting the Prime Minister with the monarch. Big Ben and the Houses of Parliament are easily reached, as is Trafalgar Square thorugh the Old Admiralty Arch, meaning you can head on from here to London Theatreland. On its north side is the ICA, one of the best arts complexes in London.