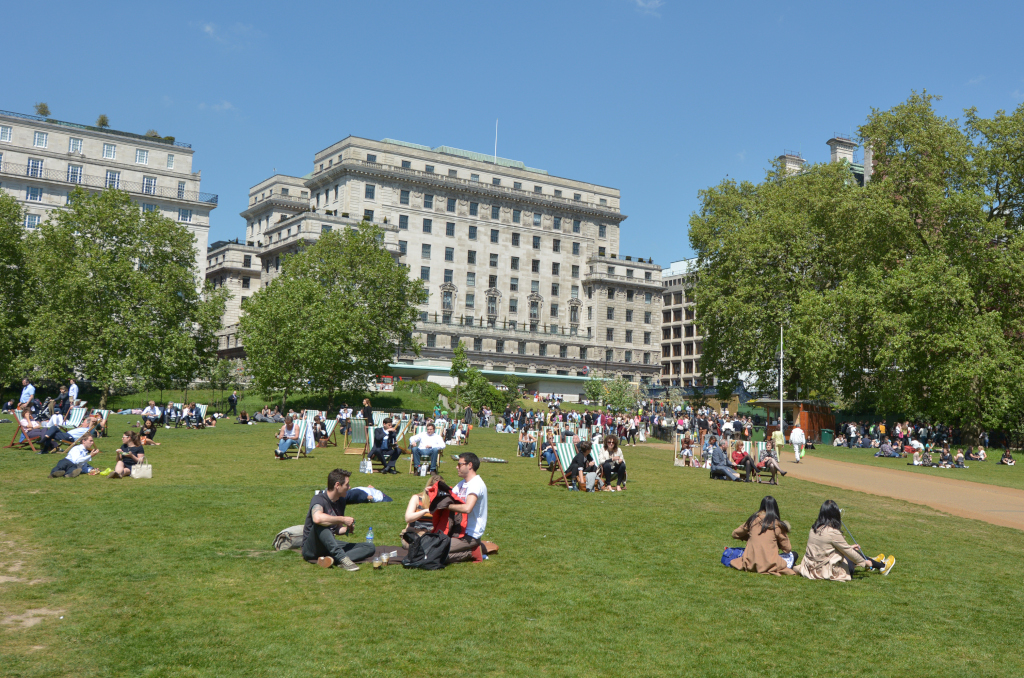 Green Park is the smallest of the Royal Parks in London. Measuring only 47 acres it forms a triangle stretching from Buckingham Palace to Piccadilly and Hyde Park. It is also the most minimalist of the eight London Royal Parks, bereft of central building, lake or major sculpture.

This does not mean that it is without its own charm, as the drove of tourists and London workers who head here at the merest glimpse of the elusive London sun bears testament too. After work it is a popular venue for impromptu football matches showing that if not always the beautiful game, it’s definitely the people’s sport. However, in many respects its greatest attraction is that it forms an invaluable clink in the chain of Royal Parks that runs from St James’s Park to Kensington Gardens, sometimes referred to as the Green Lung. Of Lepers and Fireworks

The area was originally a leper’s burial round until it was enclosed in the 16th century. It became known as Green Park in 1746, before being landscaped by John Nash, who also masterminded St James’s Park in 1820.

As you sit in your deck chair watching the traffic ply its slow way along the Piccadilly it is hard to imagine but even in the 18th century the park still lay on the outskirts of London, and had a distinct repute for being frequented by thieves and highwaymen. One for quiz buffs: did you know that Music for the Royal Fireworks by Handel was composed for a firework display held here in 1749?

When Is Green Park Open?

From 5am to midnight.

Getting to Green Park

The nearest tube station is Green Park on the Piccadilly, Victoria and Jubilee Lines.

As it connects Buckingham Palace to Piccadilly, in addition to the royal palace, it is also close to the Royal Academy of Arts.