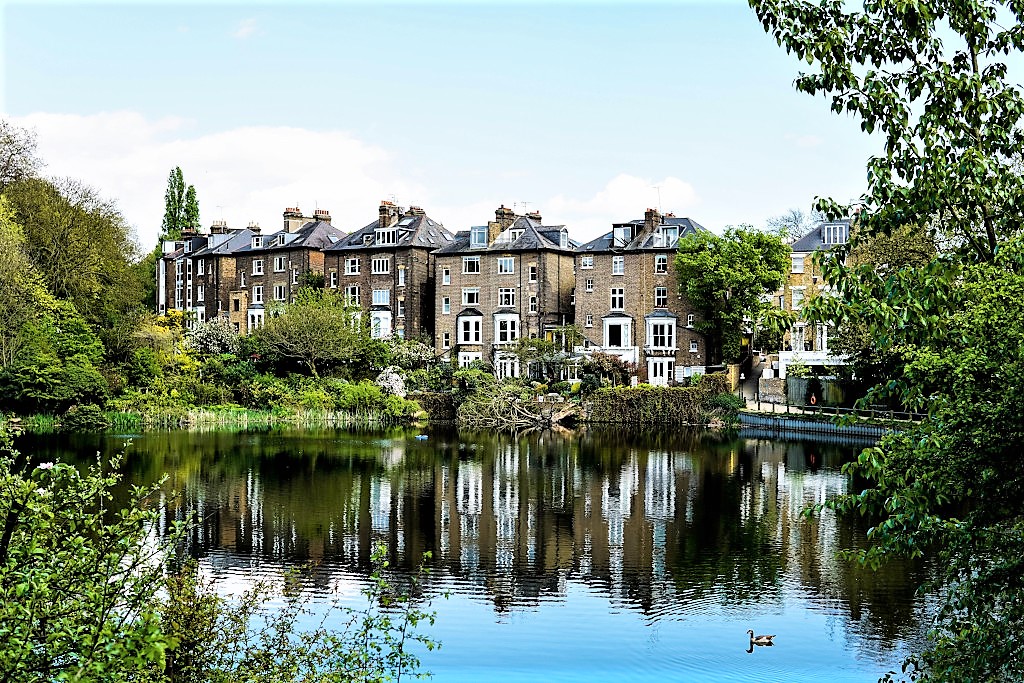 Situated in the London Borough of Camden, Hampstead Heath is a sprawling area of ancient heath, ideal for walking. It is first mentioned in 986 when Ethelred the Unready referred to land at Hemstede, and is now managed by the City of London Corporation.

Due to its large sprawling nature – it covers some 790 acres – it is popular with dog walkers, joggers, cyclists and picnic makers. However, there is always sufficient space for you to discover your own karma. Just like Primrose Hill, the view from Parliament Hill across London is both spectacular and protected. You can easily spend a day lost with yourself here.

Did you know it means teeth in Cockney rhyming slang?

Possibly the most interesting part of the heath are the 25 ponds, including three swimming ponds, one of which is for men only and another just for women. This is where Smiley came to swim in Tinker, Tailor, Soldier, Spy – our favourite film set in London in recent times.

To the north of the park is the magnificent Kenwood House which has a series of concerts in its grounds each summer. From here it is a short walk to The Spaniards Inn, one of our favourite pubs in London.

You can find a handy map of the heath here.

How to Get to Hampstead Heath

Hampstead Heath and Gospel Oak stations on the Overground are the nearest stations to the south of the Heath. Hampstead (Northern Line) is the nearest tube station, but beware it is a long steep walk up from the station to the Heath, but you can always hop on the bus.

The heath is close to Hampstead itself, which is one of the most attractive parts of London, with a pleasant small market and several pubs, bars, cafes and restaurants, as well as one of our favourite cinemas in London – The Everyman.