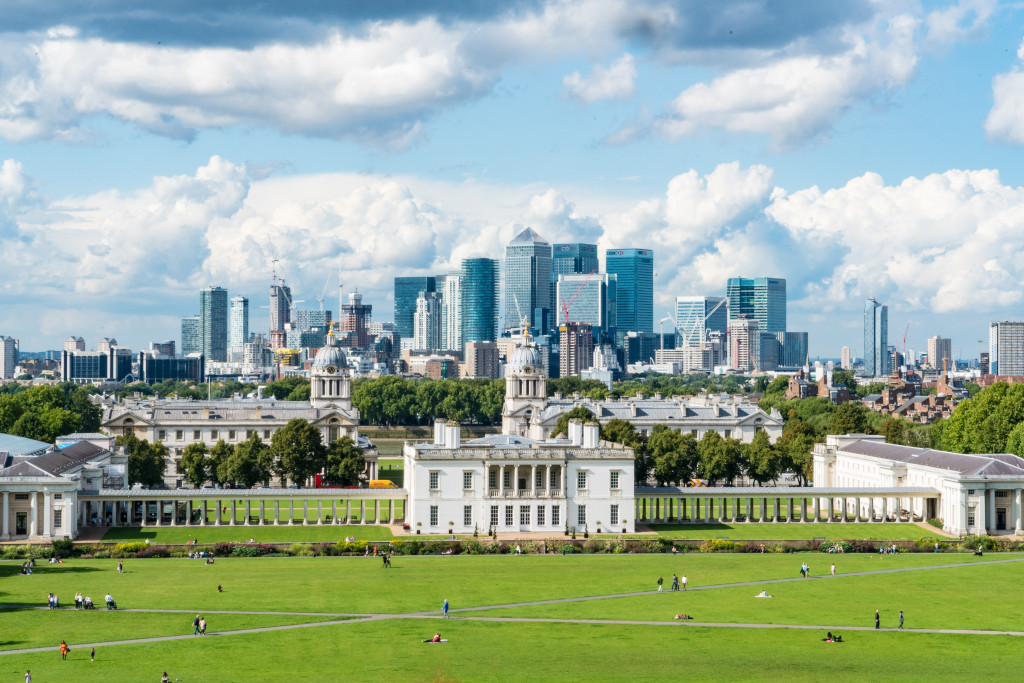 The 180-acre Royal Park is part of Greenwich World Heritage Site and possesses one of the finest views across London from near the Royal Observatory Greenwich. It is this building for which the park is most famed. Stand on the Prime Meridien, from which Greenwich Mean Time is taken. However, if anything the view has stood the test of time even better than the observatory itself. The writer Simon Jenkins rates it as one of the best ten in England.

Initially the estate was part of the Abbey of St. Peter at Ghent before claimed by the Crown in 1427. Here Humphrey, Duke of Gloucester, built Greenwich Castle on the site where the Royal Observatory was built in 1675 by Charles II. In the 15th century the land was mainly heath, and used for hawing , before that rapacious hunter Henry VIII used it – like most of London it seems – to hunt deer. There is still a small herd of deer within the park.

It was enclosed by James I and landscaped in the 17th century possibly by André Le Nôtre. To the north of the park lie the magnificent National Maritime Museum and Queen’s House.

When is Greenwich Park Open?

How to Get to Greenwich Park?

The park is situated between Greenwich and Maze Hill mainline stations. It also can be reached from Cutty Sark Station on the Docklands Light Railway.

The Royal Observatory Greenwich lies in the middle of the park. Alternatively Greenwich itself with the Cutty Sark, some great pubs an a wonderful market lies at the bottom of the hill. Equally attractive, Blackheath is at the top of the hill. Ideal if you want to fly some kites.