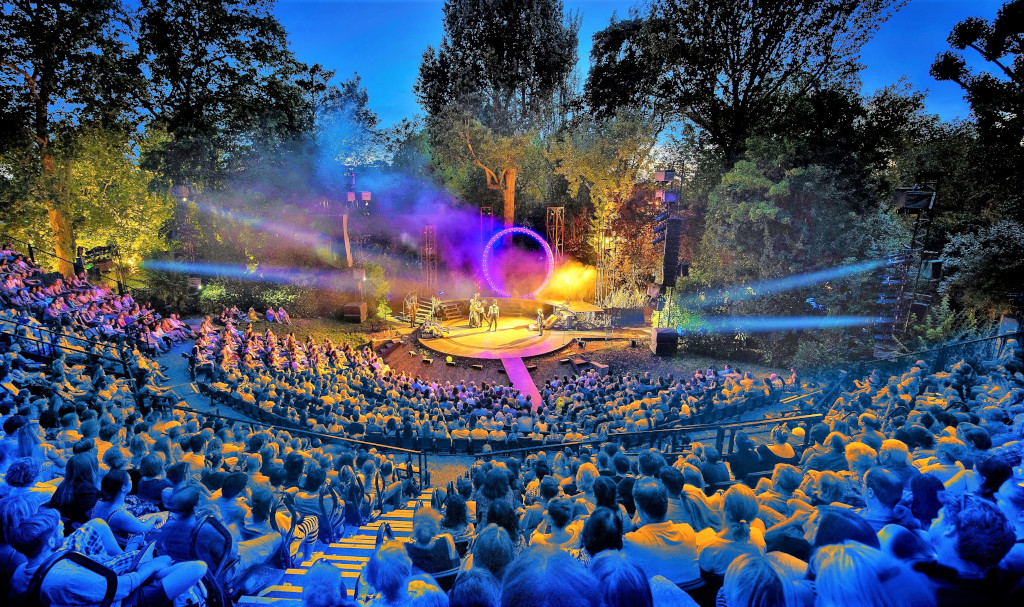 If you want to watch a play in London without venturing indoors, then the open air theatre in Regent’s Park may just be the ticket for you. The theatre was founded in 1932 and is one of the largest in the capital, with 1,240 seats.

Although this might not quite be the National Theatre or the Barbican, the quality of performances are still of a very high standard, and the beautiful setting within Regent’s Park is beyond compare. It has also picked up a number of accolades at the Olivier, Evening Standard and WhatsOnStage Awards in recent years. Dame Judi Dench is the patron.

The only catch is the unpredictable London weather, as the theatre is uncovered. However, with one of the longest bars of any theatre in London there is always a Plan B to fall back upon.

What’s On at the Open Air Theatre Regent’s Park?

You can find out what is playing this season at the theatre, here.

How to Get to the Open Air Theatre, Regent’s Park?

As it is situated right in the heart of one of the largest parks in London, there are plenty of options for killing time before a performance including visiting the ZSL London Zoo which is also situated in Regent’s Park.