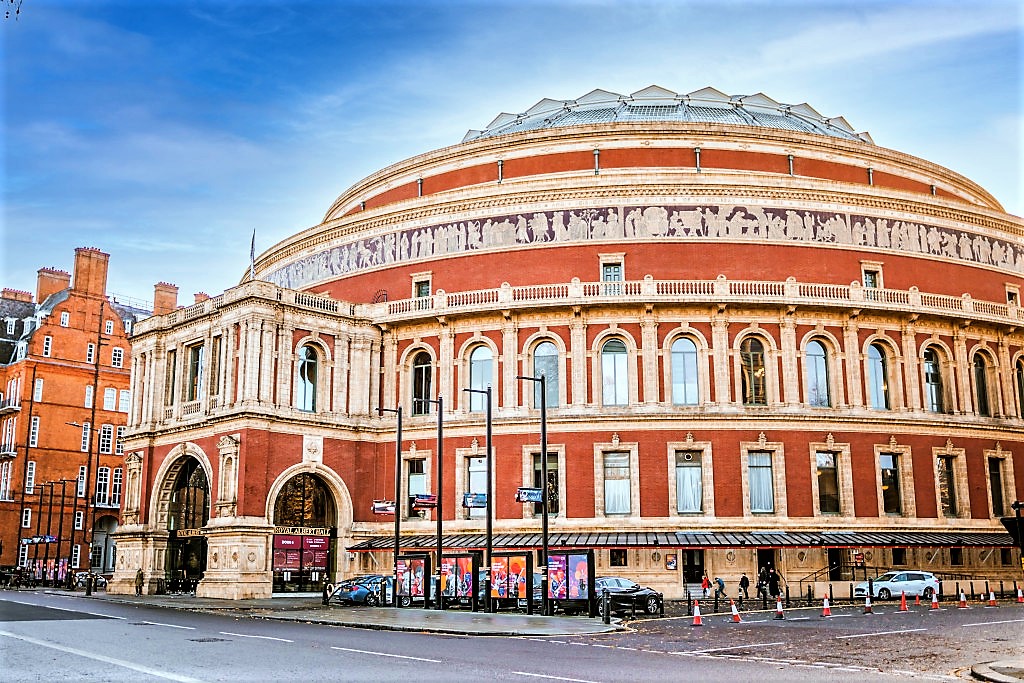 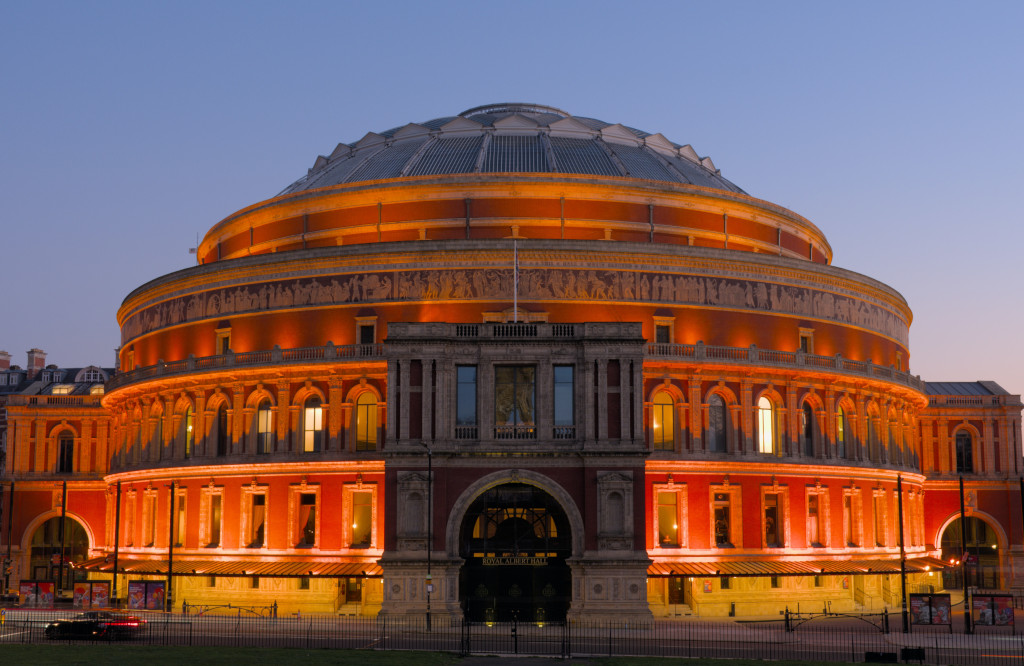 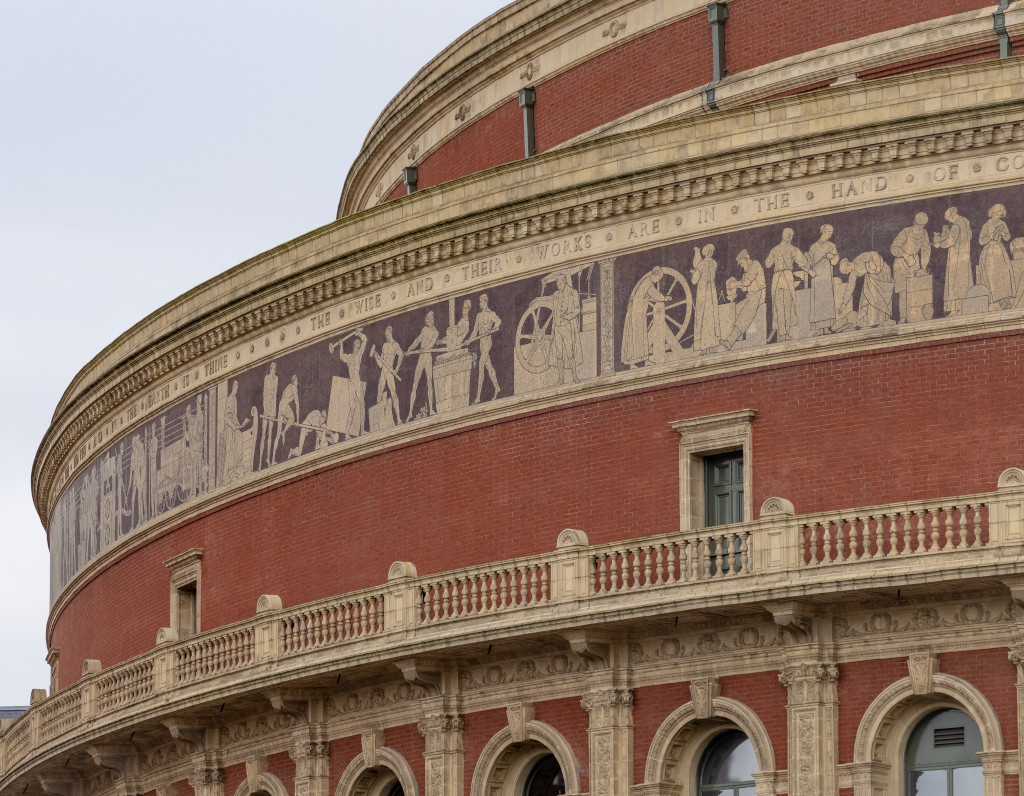 With its distinctive Italianate architectural design, the Royal Albert Hall is both one of the landmark buildings in London, and venue for many concerts and other cultural events, as well as an occasional sports venue. The splendid dome made of wrought iron was designed by Rowland Mason Ordish, while the walls are a mix of red brick and terracotta.

It is named after Prince Albert, the consort of Queen Victoria. Albert died six years before the laying of the foundation stone by Queen Victoria in 1867, although it did not open until 1871.

Last Night of the Proms

Seating more than 5,000 people, the hall holds around 400 shows each year in its main auditorium with a similar number in non-auditorium spaces. The venue has hosted most of the leading performers in the world of music, ballet and opera, in addition to the annual Proms concerts. Eric Clapton has performed here more than 100 times. The Last Night of the Proms is a major event in the London calendar, full of patriotic verve and lots of flag waving.

What’s On at the Royal Albert Hall?

To find out what’s on at the Royal Albert Hall, click here.

How to Get to the Royal Albert Hall

It is located in ‘Albertopolis’ close to the Science Museum, Natural History Museum and the V&A. Kensington Gardens is just to its north, which contains the Diana, Princess of Wales Memorial Playground and the Albert Memorial.