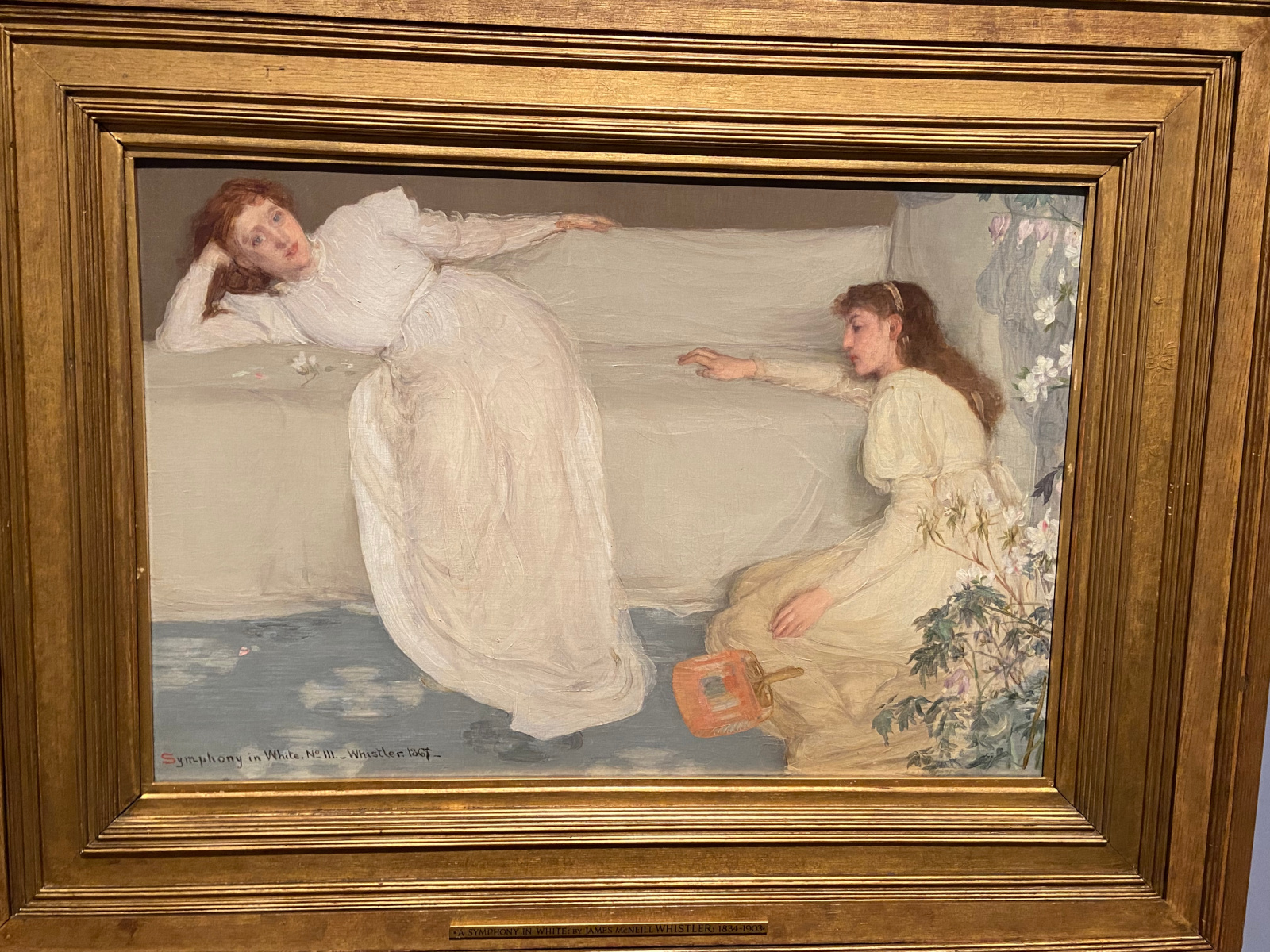 Whistler’s Woman in White: Joanna Hiffernan will be the first exhibition to examine the important role
played by the Irish-born model Joanna Hiffernan (1839?–1886) in establishing the reputation of the
American artist James Abbott McNeill Whistler (1834-1903) as one of the most influential artists of the
late 19th century.

Consisting of over 70 works, the exhibition will bring together nearly all of Whistler’s
depictions of Hiffernan, and will include paintings, prints, drawings, and related art works and
ephemera. Whistler’s Woman in White: Joanna Hiffernan will explore the pair’s professional and
personal relationship over more than 20 years and examine how the artwork resulting from their
collaboration has influenced and resonated with artists into the 20th century.

The exhibition will be arranged thematically in six sections. London in the 1860s will feature
depictions of London including Whistler’s Wapping, 1860-64 (National Gallery of Art, Washington)
and other paintings from the 1850s and 1860s by British artists that portray the theme of the woman
in white in various archetypal guises, including Dante Gabrielle Rosetti’s Ecce Ancilla Domine! [The
Annunciation], 1849-50, (Tate, UK). Whistler and Hiffernan: The Prints will demonstrate Whistler’s skills as a printmaker, especially in his
exquisitely nuanced images of Hiffernan. The following section will examine the influence of
Japonisme on Whistler, in works such as his Purple and Rose: The Lange Leizen of the Six Marks,
1864, (Philadelphia Museum of Art, Philadelphia), which shows Hiffernan wearing a kimono and
surrounded with Asian objects from Whistler’s collection. Items from Whistler’s porcelain collection
and Woodblock prints such as The Banks of the Sumida River, 1857, by Utagawa Hiroshige (Victoria
and Albert Museum) will also be included.

Whistler and Courbet will present the works of Gustave Courbet, who painted Hiffernan when she
and Whistler joined Courbet in 1865 in Trouville, Normandy. Whistler’s restrained, atmospheric
seascapes will be contrasted with Courbet’s more robust ‘paysages de mer’. Several of Courbet’s
depictions of Hiffernan will also be presented, including Jo, La Belle Irlandaise, 1865–66, (The
Metropolitan Museum of Art, New York).

Whistler and Hiffernan’s legacy will be revealed through the final section entitled Women in White,
which will include paintings from the late 1860s until just after the turn of the century by a group of
international artists, many of whom knew Whistler and were directly influenced by his revolutionary
treatment of the theme. Highlights will include John Everett Millais’ The Somnambulist, 1871, (Private
Collection), Gustav Klimt’s Portrait of Hermine Gallia, 1904, (National Gallery, London) and Andrée
Karpelés’ Symphonie en blanc, 1908, (Musée Des Beaux-Arts De Nantes, Nantes). 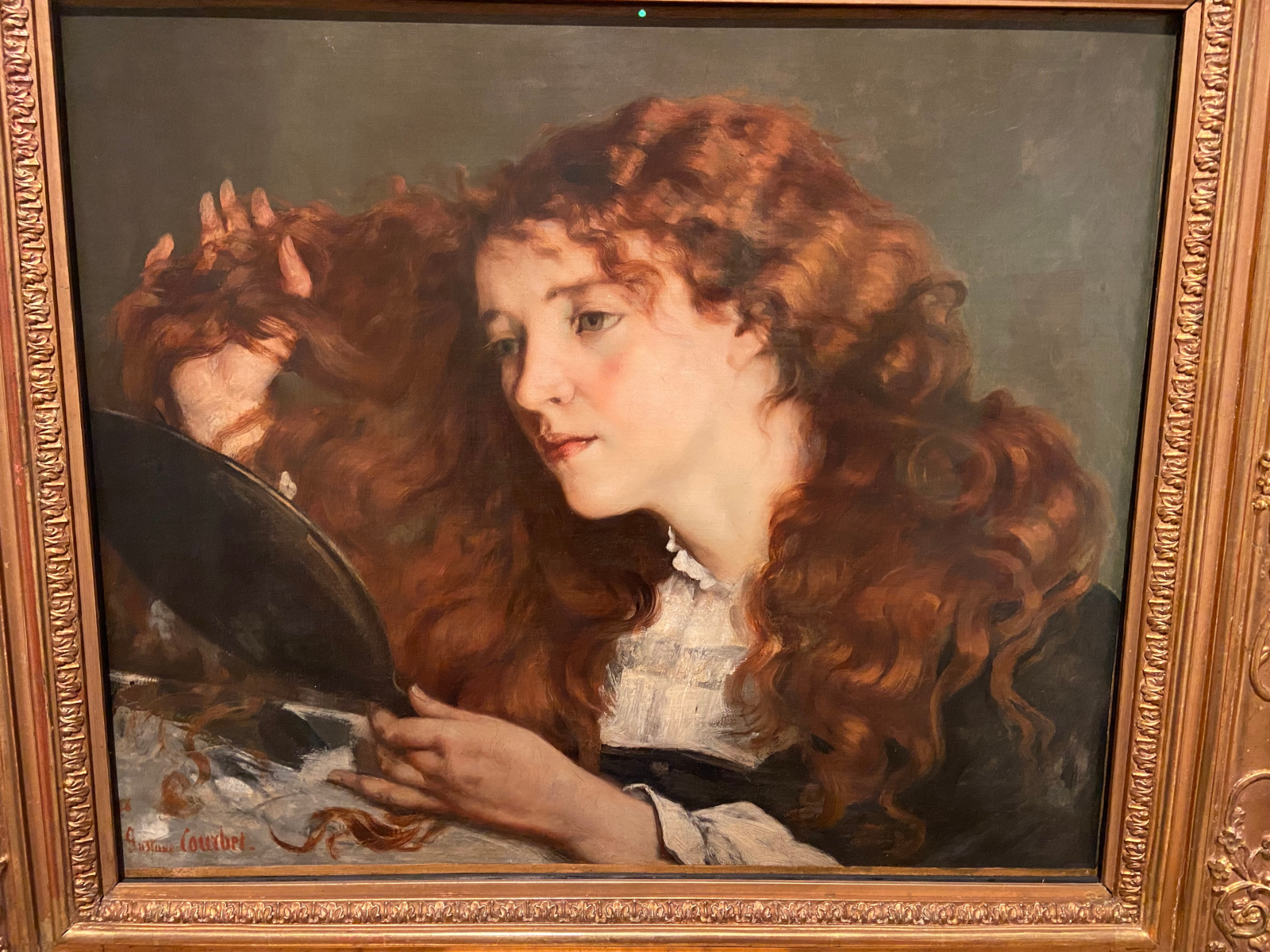 The third daughter of John Hefferman (Hiffernan), a school master, and Catherine Hannan was
christened “Johanna” in Limerick, Ireland, in 1839. The family had emigrated to London by 1843.
Joanna Hiffernan, possibly studying art and modelling, met James Abbott McNeill Whistler in 1860
and posed for Wapping in that same year. In March 1861 “Ann Hiffernan” was listed as Whistler’s
“wife”, living in Greenwich. Work started on a full-length portrait of Hiffernan dressed in white, in Paris
in December.

She posed for many works during the early 1860s for Whistler, from Symphony in White, No. 1: The
White Girl, 1862 and Purple and Rose: The Lange Leizen of the Six Marks, 1864 to Symphony in
White, No. 2: The Little White Girl, 1864, and Symphony in White, No. 3 in 1865. In the autumn of
1865, Whistler and Hiffernan joined Gustave Courbet in Trouville where Courbet painted Hiffernan.
In the following year, Whistler made a will in her favour and gave her Power of Attorney while he
was absent in Chile.

Joanna and her sister Agnes Hiffernan took charge of Whistler’s son Charlie Hanson (b. 1870) and
raised him. In 1879 Maud Franklin, by then Whistler’s chief model and companion, accompanied
Whistler to Venice leaving ‘Aunty Jo’ and Agnes to look after his son. After several months suffering
from bronchitis, Joanna Hiffernan died in Holborn, with her sister, Agnes by her side, on 3 July 1886.

James Abbott McNeill Whistler was born in 1834 in Lowell, Massachusetts. In 1842, the family moved
to St. Petersburg, Russia, where Whistler studied drawing at the Imperial Academy of Science. In 1855
Whistler settled in Paris, where he studied at the Ecole Impériale et Speciale de Dessin, before entering
the Académie Gleyre. He quickly associated himself with avant-garde artists, and was influenced by
Courbet’s realism, as well as the 17th century Dutch and Spanish schools.

During the early 1870s Whistlers’ work exerted a strong influence on the Aesthetic movement’s interior
design. In 1877 the critic John Ruskin denounced Whistler’s Nocturne in Black and Gold: The Falling
Rocket, c. 1875 as being tantamount to “flinging a pot of paint in the public’s face.” The artist successfully
sued Ruskin for libel, but was awarded minimal damages and was declared bankrupt in 1879. After his
bankruptcy, Whistler and Maud Franklin took refuge in Venice. Throughout the 1880s he exhibited
his work widely and proclaimed his aesthetic theories in print and lectures. 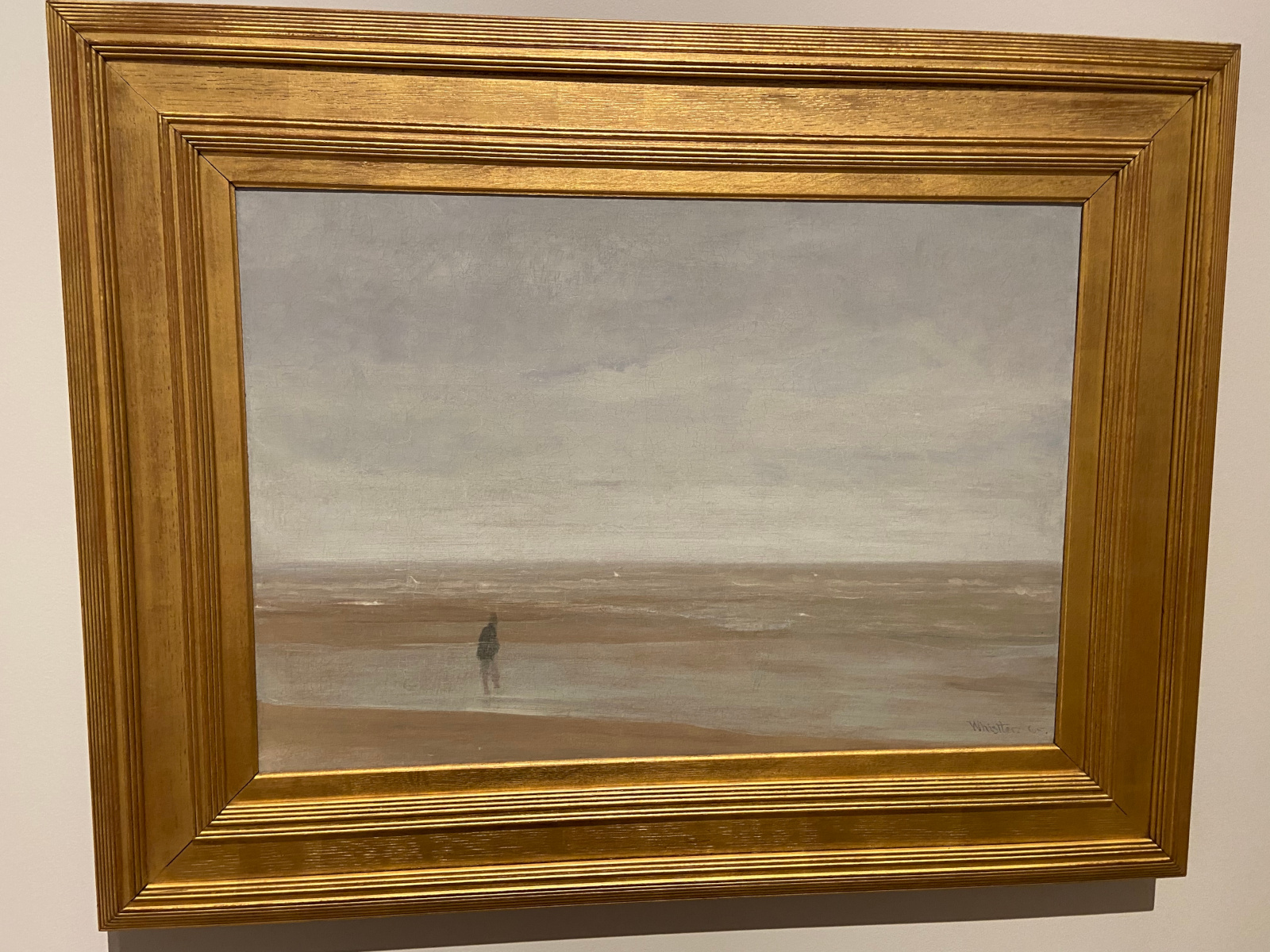 During the late 1880s and 1890s Whistler achieved recognition as an artist of international stature. His
paintings were acquired by public collections, and he received awards at exhibitions. He was elected to
the Royal Academy of Fine Arts, Munich, and received the Légion d’Honneur. In 1888 he married
Beatrice Godwin, living between Paris and London. After his death in 1903, memorial exhibitions were
held in Boston in 1904, and, in 1905, in London, Paris, and Rotterdam.