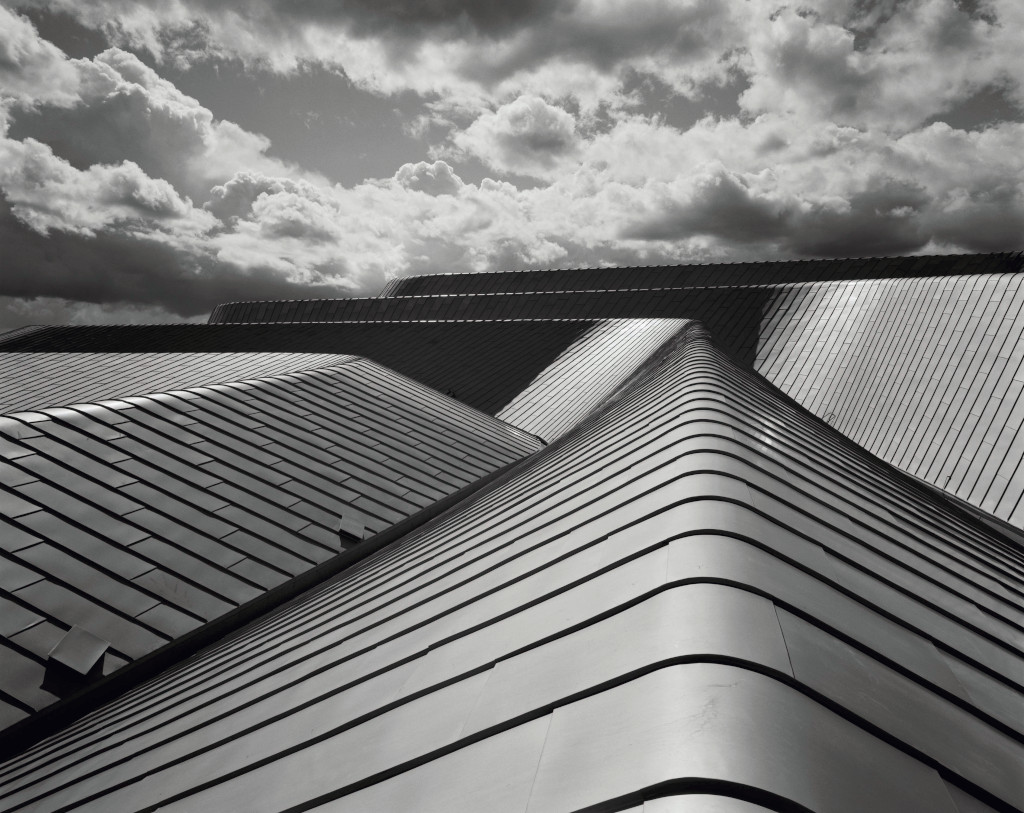 In October 2021, the Royal Academy of Arts will present Light Lines: The Architectural Photographs of Hélène Binet, an intimate unveiling of architecture through the lens of the renowned Swiss-French photographer Hélène Binet. Over the past 30 years, Binet has travelled the world to photograph works by architects including Le Corbusier, Zaha Hadid RA, Nicholas Hawksmoor, Daniel Libeskind, Jørn Utzon and Peter Zumthor Hon RA.

The exhibition will span Binet’s career, showcasing around 90 images of more than 20 projects by 12 architects.
Through her relationships with architects, who trust her thoughtful interpretation of their vision, Binet’s career has followed a parallel path to figures such as Libeskind and Hadid. She approaches both selfinitiated projects and commissions with a spirit of enquiry, seeking to understand the underlying conditions of the site and the intention of the architect. Often her photographs focus on a fragment of a building and do not aim to portray the whole story.

Seeking simplicity from complexity, Binet primarily makes black-and-white images that deal with light, space and form. She works only with film and has handprinted many of the works within the exhibition in her London darkroom, restricting the scale of the work to give it intimacy. Observing the essential elements of architecture, such as floor, ceiling and wall, Binet transports viewers to imaginary landscapes beyond the frame of the photograph.

Light Lines: The Architectural Photographs of Hélène Binet will be organised in themes that are echoed throughout Binet’s career, exploring connections between ideas, places and landscape. The exhibition will begin with one of Binet’s most iconic images, a large square format print of Zaha Hadid’s Vitra Fire Station, completed in 1993 and photographed soon after. Other works will include shadows and spaces at Le Corbusier’s La Tourette monastery in France and the Jantar Mantar Observatory in Jaipur, India, where Binet uses light and shadow to orient herself in both a practical and spiritual sense. 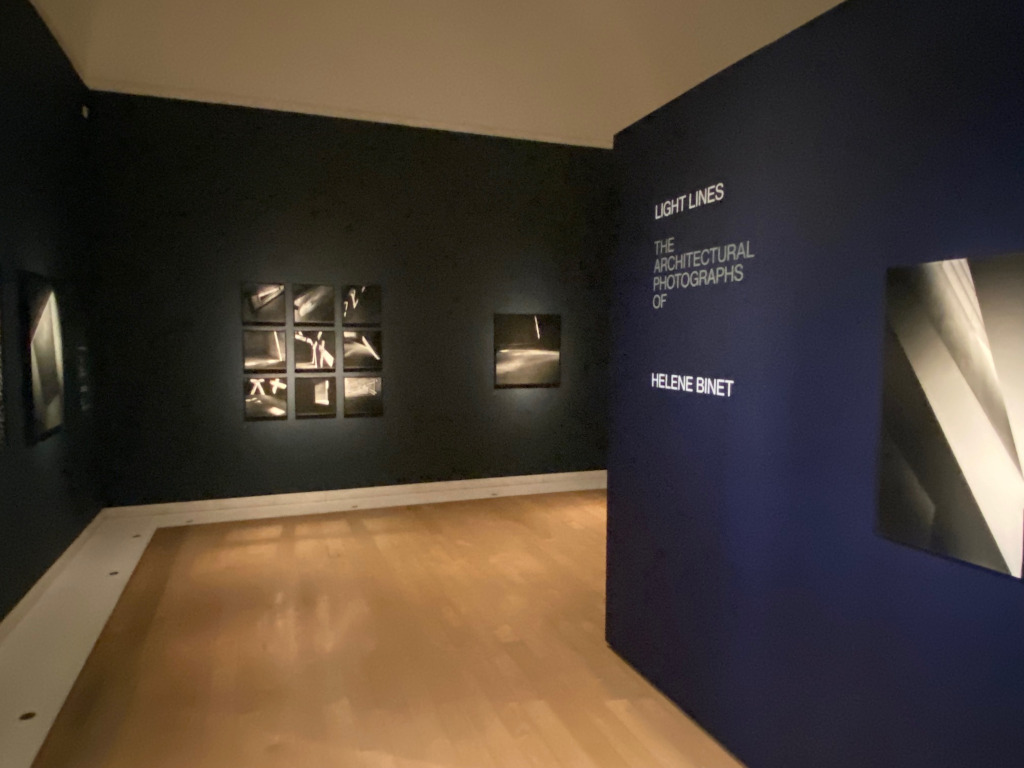 The following section will return to Binet’s longstanding professional relationship with Hadid. Black-and white images of her best-known works will include the MAXXI Museum of Art in Rome, the Glasgow Riverside Museum of Transport and the Rosenthal Center for Contemporary Art in Cincinnati. These images will be hung alongside photographs of works by less well-known architects who similarly deal with the rawness and power of unadorned materials, such as the sculptural form of a shuttered concrete bridge by Sergio Musmeci in Potenza, Italy, that links visually to construction images of Hadid’s monumental Phaeno Science Centre in Germany.

The final section will show powerful and simple images of Binet’s observations of the essential elements of architecture: walls that catch shadows and act as a foil for nature, and ground planes that show the use of architecture across time. Here, Binet’s images of the Thermal Baths at Vals by the Swiss architect Peter Zumthor will be hung alongside landscaping and pathways at the Acropolis designed by Dimitris Pikionis in the 1950s.

The majority of the buildings represented in this exhibition date from the 20th and 21st centuries, but there will be three projects from earlier periods; 18th century churches in London by Nicholas Hawksmoor, the 18th century Jantar Mantar Observatory in Jaipur, India, and the Lingering Garden of Suzhou, China, parts of which date to the 16th century. These historic sites underlie the universal quality of Binet’s work and her interest in the essential elements of architecture.

Binet said, “I hope that visitors will come out of the exhibition feeling closer to the architects’ art of making, and might also see the spaces that belong to their own life and experience in a new way. Working on this show has been like meeting old relatives and friends, and realising how relevant they are to me still, and to the ideas that I continue to develop in my work.”

Hélène Binet (b.1959) is a London-based internationally acclaimed photographer, originally from Sorengo, Switzerland. She studied photography at the Instituto Europeo di Design in Rome, where she spent most of her formative years. After completing her studies Binet worked as a photographer at the Grand Théâtre de Genève, an opera house in Geneva, Switzerland, where she photographed various theatrical performances for two years. Encouraged by architects Daniel Libeskind, John Hejduk and Alvin Boyarsky, she turned her attention to architectural photography with great success, receiving praise for the ways in which ‘she exposes architecture’s achievements, strength, pathos and fragility’. 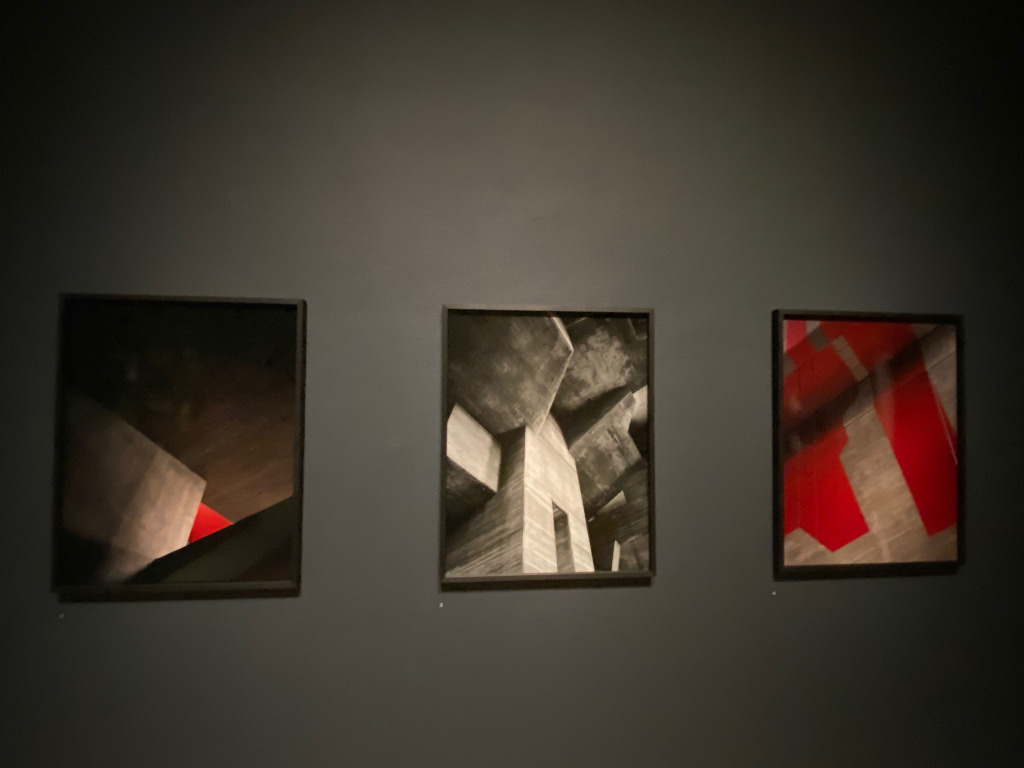 Over a period of more than 25 years Binet has captured both contemporary and historical architecture,
including the work of Zaha Hadid, Caruso St John, Peter Zumthor, Alvar Aalto, Le Corbusier and Nicholas Hawksmoor. Binet is a fervent advocate of analogue photography, working exclusively with film and a firm believer that ‘the soul of photography is its relationship with the instant’. She is fondly considered ‘the architect’s photographer’, a title informally bestowed upon her for the way in which her work is enlivened with the experience of a building and the intent of the architect, through her handling of light, shadow and texture.

Her work has been exhibited in both national and international exhibitions, including a solo exhibition at the Power Station of Art, Shanghai in 2019. She is represented in the modern and contemporary art collections of the Museum of Modern Art, New York, and the Carnegie Museum of Art in Pittsburgh, Pennsylvania. Binet was made an Honorary Fellow of the Royal Institute of British Architects in 2007, and in 2015 was awarded the Julius Shulman Institute Excellence in Photography Award. She was also the recipient of the 2019 Ada Louise Huxtable Prize, awarded to a woman who has made a major contribution to architecture, and is one of the Royal Photographic Society’s Hundred Heroines.

The exhibition is curated by Vicky Richardson, Head of Architecture and Drue Heinz Curator at the Royal
Academy of Arts, in collaboration with Hélène Binet. 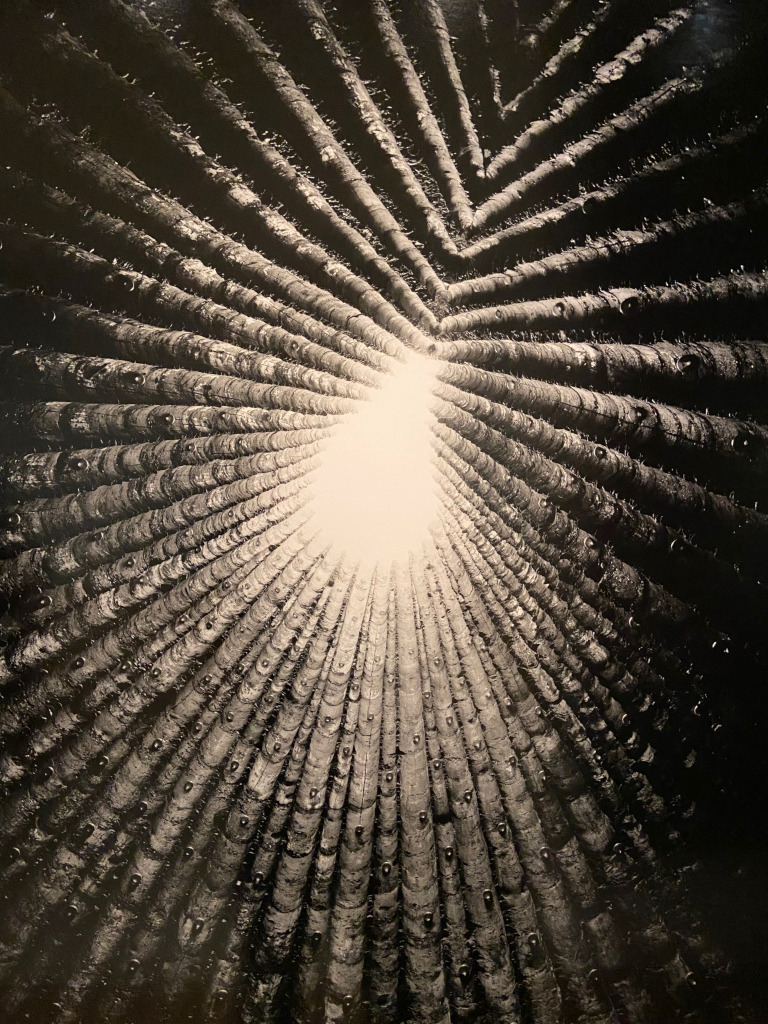 The exhibition is accompanied by a fully illustrated catalogue with an essay by Finnish architect Juhani Pallasmaa, a conversation between Hélène Binet and Vicky Richardson offering an important overview of Binet’s work, as well as short excerpts detailing the history of the projects and architects Binet has focused her work upon.

Advance booking is essential for everyone, including Friends of the RA. All visitors must have a prebooked timed ticket to enter the building. Tickets can be booked in advance online
(royalacademy.org.uk) or over the phone (0207 300 8090).