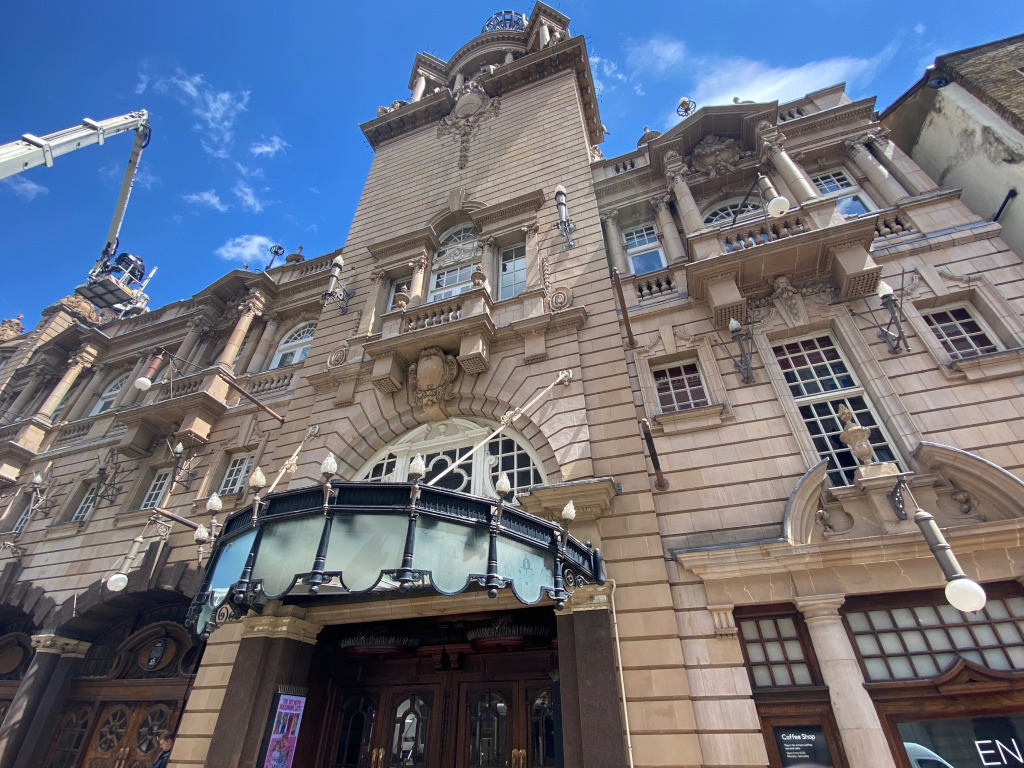 The London Coliseum is the largest theatre in London with a capacity of 2,359 seats. When it opened in 1904 as the London Coliseum Theatre of Varieties, the idea was to create the largest, and best music hall in the capital. Built by theatrical architect Frank Matcham, it was called “the people’s palace of entertainment”. It was also the only theatre in Europe with lifts to take patrons up to the gods.

At the time the lavish interiors and free Baroque exteriors were noted. It also has the largest proscenium arch in the capital as well as a triple revolving stage.

The Coliseum continued as a music hall until the 1960s when it was converted into a cinema, before becoming the home for the Sadler’s Wells Opera Company in 1968. This changed its name to the English National Opera in 1974. Now the London Coliseum continues to show mainly operatic and musical works, as well as being the home for the English National Ballet, so it is far removed from its “people’s palace” origins.

What’s On at the London Coliseum

Find out what’s on at the London Coliseum here.

Getting to the London Coliseum

It is situated at the bottom of St Martin’s Lane, close to Leicester Square (Piccadilly and Northern lines) tube station and Charring Cross Station (main line and Bakerloo and Norther Lines).

Sandwiched between Trafalgar Square and Covent Garden, the theatre is conveniently located for many of London’s attractions. The National Gallery is a short walk away, while Chinatown is nearby if you want to have a meal prior to the perfromance. If you fancy a little stroll then you can always pop to St James’s Park, one of the great central parks in London, or even visit Westminster and Big Ben, all within a 15-minute walk.