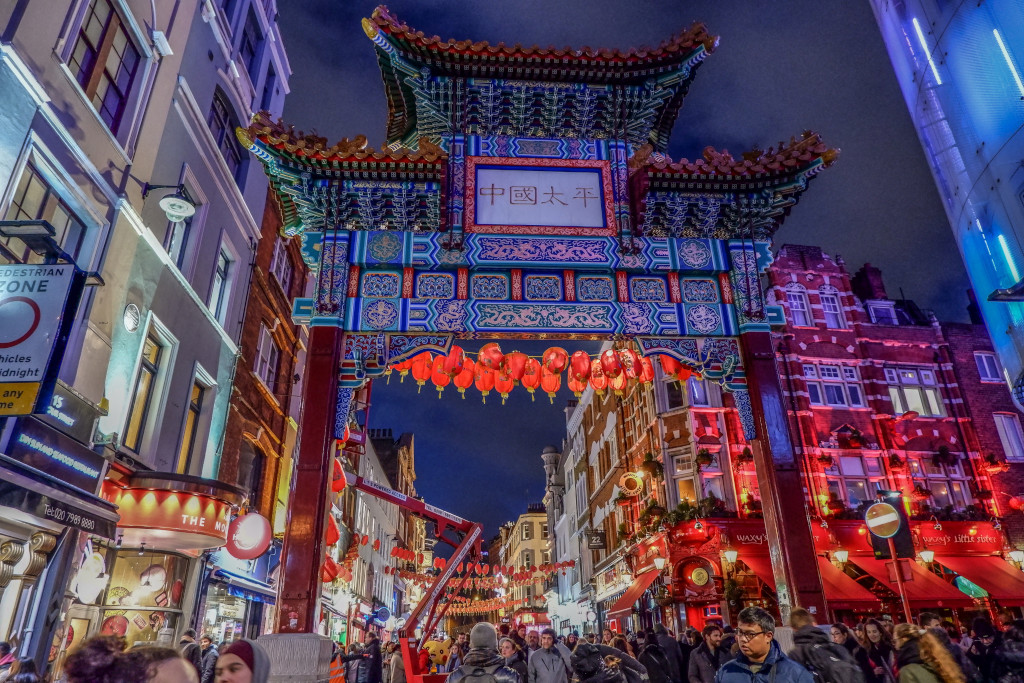 Although not as famous as the one in San Francisco, Chinatown London has a distinct flavour that continues to draw in the tourists.

Where is Chinatown London?

Pedestrianised Gerrard Street, just to the north of Leicester Square, is the centre of the area, although the main gate is in neighbouring Wardour Street. Just walk along the street, and choose one of the many restaurants offering the British-favourite crispy aromatic duck, or buy the best Chinese ingredients from one of the supermarkets so you can wok your own meal at home.

Initially the Chinese community was based in the East of London around the docks in Limehouse. At the turn of the 20th century the area had developed a reputation for slum housing and opium dens, featuring in popular fiction such as Sherlock Holmes. This is far removed from the Chinatown London of today, which moved to its current location in the 1970s. The Chinatown Gate made in the style of the Qing dynasty was opened by Prince Andrew in 2016.

With more than 80 restaurants in the area to choose from, there really is a lot of variety, but we suggest you settle into one specialising in dim sum, and watch the trolleys being wheeled around you as you try to bag one of your favourite dishes. It was always one of my childhood favourite treats. The area is best visited, although most crowded, during the Chinese New Year period, when traditional lion dances are held.

Getting to Chinatown London and Nearby Attractions

Chinatown is a short walk from Trafalgar Square and the National Gallery. It is also right in the heart of London’s Theatreland, so you combine trying some tasty food with watching a show or West End play, or even pop into the Prince Charles Cinema for a cheap flick.