Roger Hermiston and Eileen Wise leave their Suffolk home for a night to experience The Bloomsbury Hotel London and the Sutton Hoo Helmet. 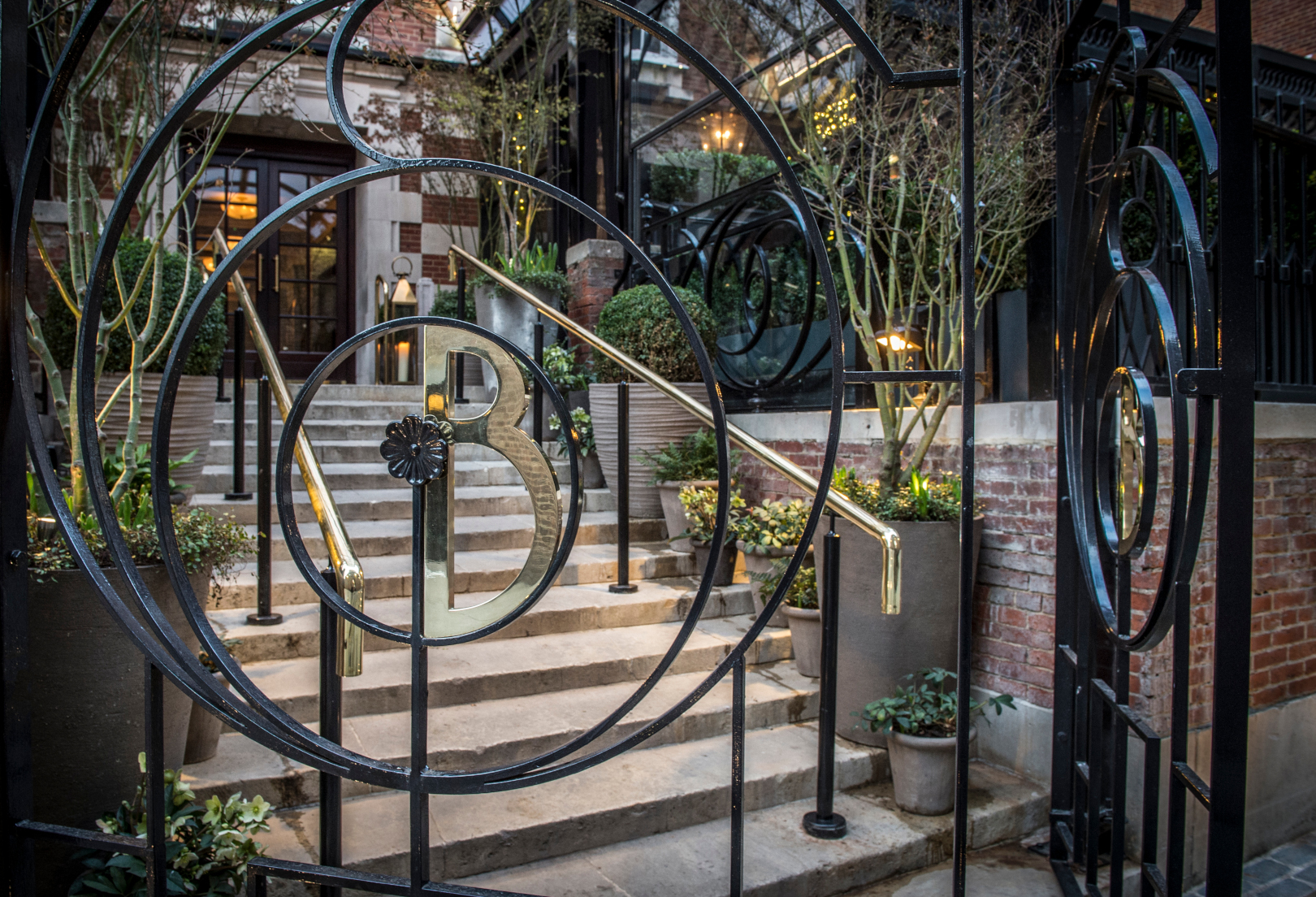 Roger Hermiston and Eileen Wise leave their Suffolk home for a night to experience The Bloomsbury Hotel London and the Sutton Hoo Helmet.

It was but a stroll from The Bloomsbury Hotel, our comfortable central London retreat, for us to view perhaps the greatest piece of Suffolk in exile. We walked into Room 41 in the British Museum and there he was, startlingly, thrillingly, straight ahead of us. For what seemed like an age – probably less than a minute – fortuitously we had him to ourselves. We were back in AD 600, face-to-face with the most magnificent icon of our Anglo-Saxon past, the Sutton Hoo Helmet, the fiercesome-looking armoured head of a warrior – perhaps even that of the fabled Raedwald, King of the East Anglians. 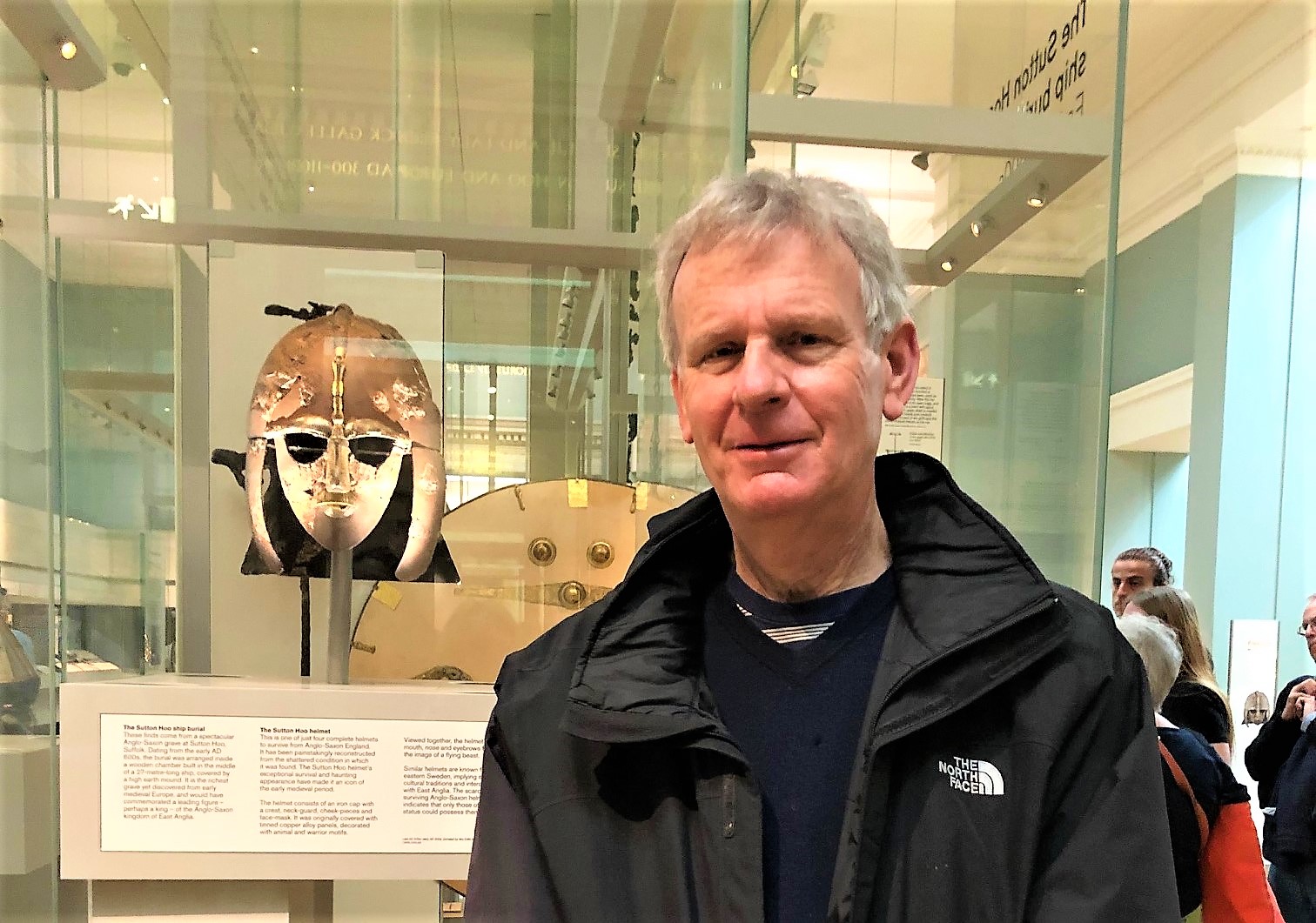 Nothing quite prepares you for this moment. We had read John Preston’s superb novel The Dig about the 1938 excavation of the 27-metre-long ship and the rich treasures found in its burial chamber, watched the excellent film of the same name with Randolph Fiennes as the dogged archaeologist Basil Brown, and of course visited the evocative site itself.

But to be close-up and personal with the biggest treasure of them all – even though the helmet is behind protective glass – is a haunting experience. Weighing 2.5kg and made of hammered iron, it would have taken a mighty opponent to break through its iron cap, neck guard, cheek pieces and face mask with spear, sword or axe. Peer closely at the face covering and you can clearly see the beautiful carvings of a wild bird of prey, a dragon and a boar – all with sets of sharp fangs, as these symbolic creatures of the age were the warrior’s animal bodyguard.

The Bloomsbury Hotel in Great Russell Street is perfectly situated to explore this and a host of exciting artistic and literary venues in Central/North London – and of course, right next to theatreland.

History of The Bloomsbury – the Central Club

Part of an eclectic group that make up the excellent Doyle collection, which includes The Marylebone and The Bristol, The Bloomsbury is a newer kid on the block of London’s elite, five-star hotels. It’s actually only been open as a hotel for 22 years, but the building itself boasts a fascinating history dating back to the late 1920s.

This elegant, red-brick structure, designed by the great architect Sir Edmund Lutyens, was for most of its life (1932 -1998) the Central Club of the Young Women’s Christian Association. Now it’s probably fair to say that the women who stayed at this (almost unique) ladies’ club in the 1930s and beyond were not of the hedonistic variety of those – such as Vita Sackville West and Virginia Woolf – who were members of the famous ‘Bloomsbury Set’.

But it’s true to say that it was the London hub for the emancipated young women, and feminism in all its shapes and forms flourished in a grand building where there were 86 bedrooms, a concert hall seating 400, drawing rooms, class rooms, library and gymnasium. The Royal Family always took great interest in the Central Club – Queen Mary laid the foundation stone, our present queen came to view the new swimming pool in 1939 and took tea in the cafeteria, and the Queen Mother was there in 1953 to celebrate its 21st anniversary.

Times change, attitudes alter, and recession strikes. The Central Club closed its doors in 1998, and the then Jurys Doyle Group opened it as a hotel in September 2000. When that group split, and the Doyle family took over sole ownership, it was refurbished and reopened in 2008 as The Bloomsbury.

This is a very modern-thinking hotel which nonetheless takes great pride in its past; there is a copy of the history of the site in every guestroom. But what strikes you immediately about The Bloomsbury, before you even consider all its amenities, is the friendliness of all the employees, from the welcoming greeting of the doorman, through the cheerful approach of those on the checking-in desk, and over to the helpful waiters and staff in the jazzy bar The Coral Room, and the hotel’s lively restaurant the Dalloway Terrace.

We stayed on the fifth floor in one of the hotel’s eleven suites (there are 153 rooms), decked out largely in dark blue, which had a spacious entrance hall, very comfortable king-sized bed and Art Deco armchairs resting on a beautifully patterned, light-coloured rug. The stylish, bright bathroom, in monochrome Italian marble, had plenty of room, with twin wash basins, a lovely free-standing roll top bath tub and large walk-in shower.

On our first night we ate in the hotel’s al fresco Dalloway Terrace restaurant (named after the eponymous heroine in Virginia Woolf’s famous novel). It’s an unusual, romantic spot, festooned with flowers and fairy lights, and the food – classic British – was pretty good too. A starter of Dorset dressed crab, followed by miso-glazed cod fillet and washed down with a Pinot Grigio (from an extensive wine list) went down very well.

But the stand-out room in the hotel is where you go for pre-dinner cocktails. The glitzy Coral Room is the piece de resistance from designer Martin Brudnizki, and is a throwback to a more exuberant era. The centrepiece of this seductively-lit space – formerly the hotel’s lobby – is the sparkling Art Deco bar, while opulent Murano glass chandeliers hang from the ceiling and palm plants brush up against you in the corners.

From deep sunk sofas in dark corners you can order from an extensive cocktail list, having first perused a beautifully illustrated little book which lists them all – Atlantic Roller, Play the Pyramid, Fools and Horse, Spires and Shires, Heathcliffe, Cheshire Punch and the signature drink, The Full Bloomer. We invited a group of our London-based relatives and friends along, and they loved the atmosphere and the buzz.

The Bloomsbury certainly using the story of the famous ‘set’ as part of its branding, but doesn’t rely on Woolf, Lytton Stracey, E.M.Forster et al for its literary inspiration. One of its most favoured guests was Nobel Laureate Seamus Heaney, who gave his name to the hotel’s historic library on the first floor, which houses numerous first editions and signed copies of the great poet’s work, along with some fascinating other first edition books from the 1930s.

We had one other cultural expedition to make. A 10-minute walk from The Bloomsbury took us through a packed Russell Square Gardens (on an unseasonably hot March day), past the bustling Brunswick Square shopping centre (much expanded since our day) until we reached The Foundling Museum.

This is one of the capital’s hidden gems. The Foundling Hospital was The UK’s first-ever children’s charity, established by the philanthropist Thomas Coram in 1939 as a home for abandoned children. Many of its early benefactors – William Hogarth of ‘Gin Alley’ fame for one – were artists, and so the ‘Hospital’ (not in the sense we use the word today – more a home and a school as a place for the sick) also quickly became the country’s first public art gallery.

The upper floors contained an astonishing array of superb paintings – quite a few deliberately, drawn about children – from the likes of Reynolds, Gainsborough, Richard Wilson, Francis Hayman and other British artists of the 18th and 19th century, whom Hogarth was passionate about supporting. The resplendent Court Room, where many of the best paintings hang, is one of the best surviving examples of an English Rococo interior in London.

Then on the uppermost floor is a real treat for classical music lovers. George Fridric Handel was one of the Foundling Hospital’s greatest champions, and here you will find manuscripts and printed scores of his, even a copy of ‘The Messiah’, built-in speakers continually playing the great man’s music top accompany your visit.

But really it is the first floor you should concentrate on, learning the stories of some of the thousands of children who passed through the Hospital’s doors until its closure in 1954. Some are terribly sad, but others are uplifting and testament to a child’s resilience.

Entering the hospital aged between three and five, they wore identical uniforms and haircuts and were allowed no personal possessions. A strict timetable was laid down for education, training, exercise and homework: life was tough, bullying was rifle and affection was lacking in their life, however hard the governors tried to ensure they were physical well cared for.

The most poignant display is that of the tokens. In the first few decades after it opened, each child accepted by the Hospital was given a new name; if a relative later wished to claim their child, the tokens helped prove that their claim was genuine. So on the wall you can see a display of coins, playing cards, medals, cheap jewellery and simple pieces of fabric, some inscribed, some embroidered, or some with heartbreaking written messages of hope and love.

As museums go, it was a salutary experience to take back with us to The Bloomsbury, where we packed up and prepared to return to the land of King Raedwald.

For more information on The Bloomsbury hotel, click here. 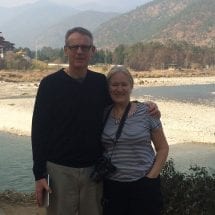