Kim Brookes is the founder of innovative natural scent jewellery brand Perfino, she explains where essential oils come from and why they are so expensive. 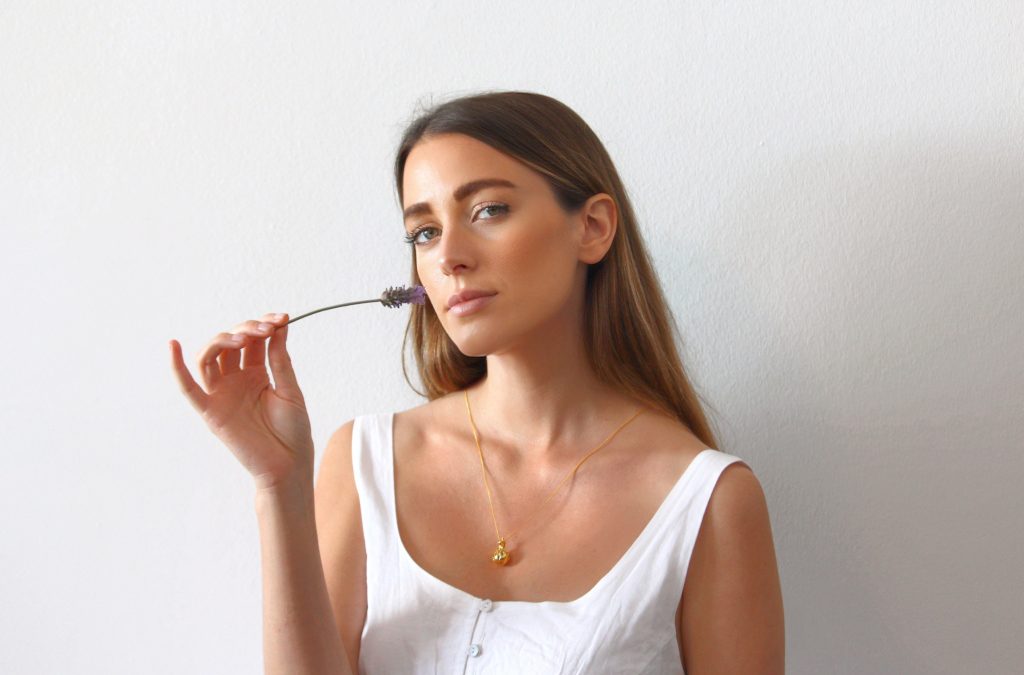 Kim Brookes is the founder of innovative natural scent jewellery brand Perfino, she explains where essential oils come from and why they are so expensive.

The best essential oils are grown sustainably, imported by wholesalers who regularly inspect not only the growing methods but also the work practices of the farmers or growers and have a historical and regular relationship with the growers. And, as with everything, you get what you pay for. Rose Otto, otherwise known as Rose essential oil, retails at around £48 for 2.5ml, which is half a teaspoon.

Why Are Essential Oils So Expensive?

Well, consider how it is made. It takes around 10,000 roses to produce 5ml (a whole teaspoon!) of this precious oil, which is extracted through steam distillation. The harvesting of flowers is traditionally done by hand in the morning before sunrise. Large stills, traditionally made of copper, are filled with the roses and water. The still is then fired for an hour or so. The vapourised water and rose oil leaves the still, enters a condensing apparatus, and is then collected in a flask. This yields a very concentrated oil. Water condenses with oil and is then drained off and distilled again. The two collections, once combined, make the final rose essence, or Rose Otto essential oil.

This process is very ancient, having its origins in Persia, and today takes place mainly in Kanzanlak in Bulgaria, Kannauj in India, and Grasse in France.

The super expensive Rose Otto is typically only used in aromatherapy, where it is diluted with a carrier oil. Like most essential oils, it should never be applied undiluted directly onto the skin. Aromatherapists love it as the distillation process is said to keep the therapeutic and vibrational qualities intact, but it does produce a less intense scent when compared to Rose Absolute, which is favoured in the perfume industry and is slightly more affordable at around £23 for half a teaspoon. 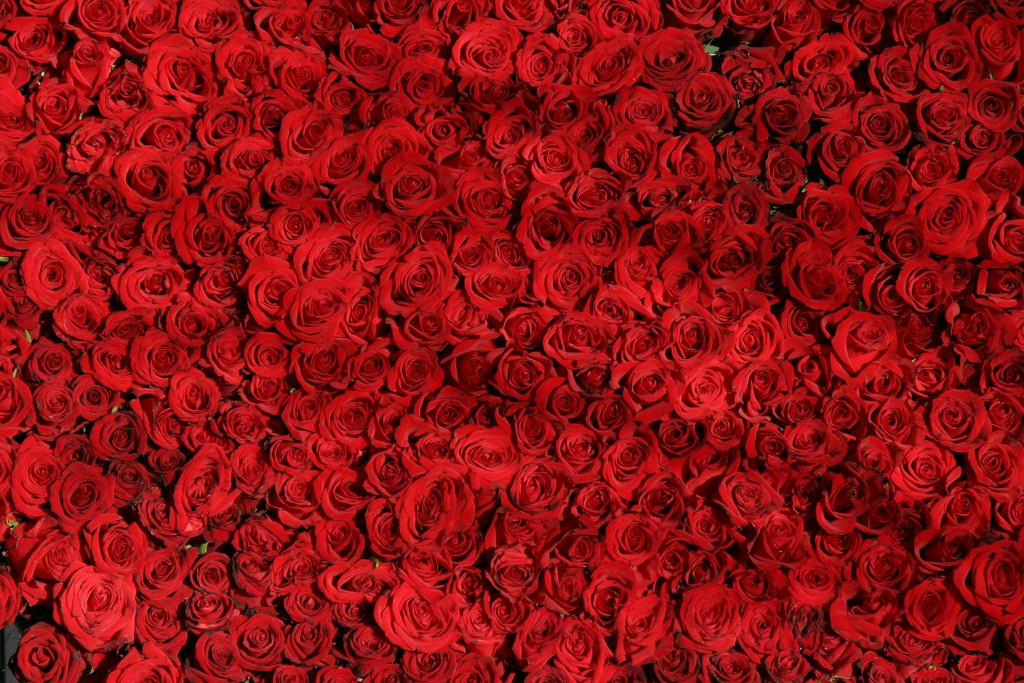 An Absolute, which again you may be familiar with as a rose oil, is traditionally made using the enfleurage method. Enfleurage is a very old technique of extracting oils from very delicate flowers such as rose, tuberose or jasmine, and was popularised in France during the nineteenth century. It works on the simple principle that animal fat, or beeswax, dissolves essential oils and thereby absorbs their aromas. The flowers, again hand-picked, are placed between layers of the fat or beeswax, repeatedly, over several days, until the fat becomes saturated with flower oil, producing a “pomade”. To extract the Absolute the fat or wax is then dissolved in alcohol.

This is the most labour intensive, and time-consuming way to make an Absolute but it is the only way possible for some of nature’s most delicate flowers, and so the price for the real thing stays high.

The good news for those reluctant to use animal by-products is that organic solvent extraction is now a commonly used technique for extracting this form of aromatic. The raw materials are submerged and agitated in a solution or bath that is capable of dissolving the desired aromatic compounds. The price remains as high as we are still dealing with vast quantities of handpicked ingredients to yield the oil, but it is arguably kinder to the environment.

The price of Rose Absolute can come down even further when carbon dioxide extraction is used. In this method the CO2 is put under high pressure. This turns it into a liquid, and this combines with the plant matter and acts as a solvent extracting the oils or resin. It operates at lower temperatures with no toxins and is therefore the cleaner way of producing essential oil. When the CO2 is brought back to natural pressure it returns to its natural state leaving the resulting pure oil.

Roses are grown annually and can be repeatedly harvested, but there are less fruitful plants that are more difficult to harvest, and it is critical that they are protected to ensure sustainability of the species. One such plant is frankincense.

Frankincense, with its name derived from the old French “franc encens”, has been used for many years as incense and as a symbol of holiness as it is so wonderfully fragrant when it is burned. The oil is derived from the resin of the super hardy Boswellia tree, which typically grows in the dry, mountainous regions of India, Africa and the Middle East, often in places that are difficult to get to. It takes eight to 10 years before the tree, when tapped, yields the streaks of resin, known as tears. Wild harvested by making perforations into the bark of the trunk, the tears are collected and then steam distilled to produce the essential oil.

Experts say that the tree should be cut no more than 12 times a year to keep them healthy. When cut, resin leaks out and, much like a scab, protects the tree from infection so the wound can heal. But if this happens too much, and the healing resin is removed, the tree will ultimately suffer and die. In the mountain regions of countries like Somalia this is difficult to monitor as the trees grow in areas with harsh climates, often plagued by poverty and conflict, and may be the only source of income for local people. 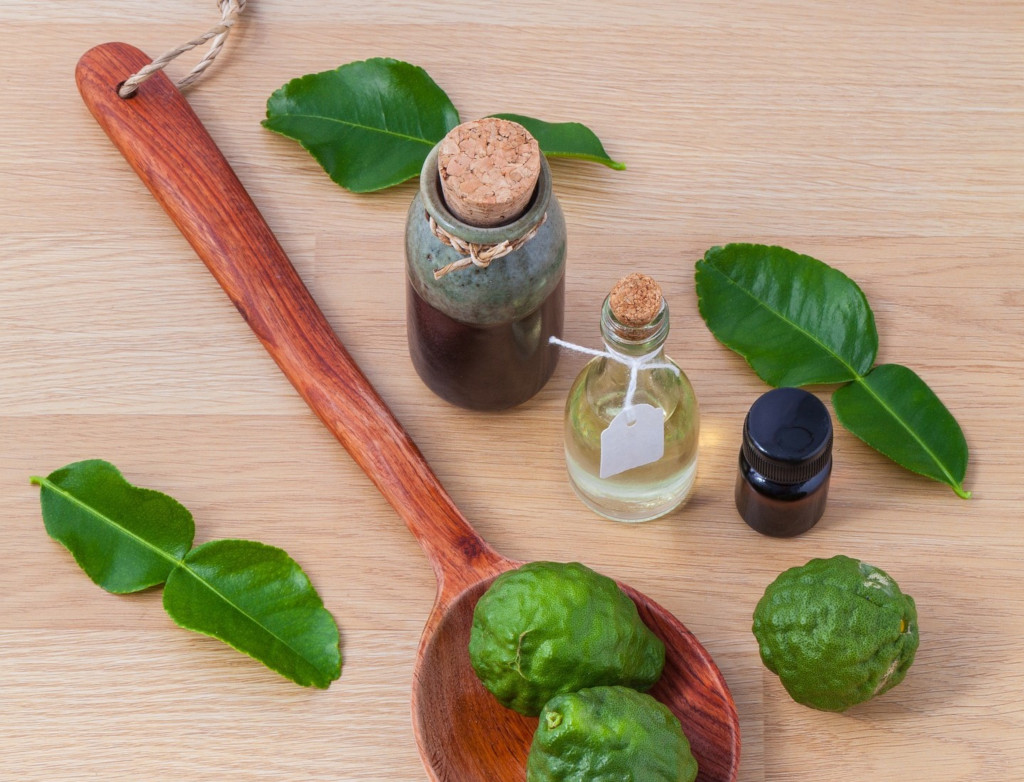 Thousands of tons of frankincense is traded every year to be used by priests as incense, natural medicines, and essential oils. It goes without saying that anyone sourcing Frankincense should be sure that it is being sourced sustainably. Frankincense trees aren’t covered under the Convention on International Trade in Endangered Species (CITES), the global treaty that regulates cross border trade in plants and animals, although experts argue that Boswellia species meet the criteria for protection.

In Somaliland it is illegal to overharvest trees, and in Oman some trees are located in World Heritage sites that protect them by law, but in other countries such as Ethiopia, Eritrea and Sudan, where two thirds of Frankincense come from, the tree is threatened by over tapping and habitat loss. So, it is important to find a supplier in whom you have confidence that the sourcing is ethical and sustainable. Once again, the cheap versions are usually cheap for a reason.

A very similar dilemma exists for rosewood, the world’s most trafficked item, even more than ivory.

In the case of rosewood, CITES has put restrictions on the trade of all 300 species, in an attempt to clamp down on illegal logging of this timber. Having plundered the forests of Southeast Asia to virtual extinction traffickers have turned to West Africa and Central America for the prized timber. The good news is that reputable suppliers of this essential oil will always sell it with a CITES certificate so you can trace the origin of the rosewood oil you are using and be sure it is grown and harvested sustainably.

The situation is similar for sandalwood, a vulnerable species, but one that is prized in perfumery for its heartwood and roots. As a result of uncontrolled harvesting in India, where it is highly valued for its use in perfumes, soaps, incense, cosmetics and medicines, it is increasingly being grown under governmental protection. India has imposed an export ban on sandalwood and instigated conservation measures to protect this species in their country. Sandalwood is now mainly grown sustainably in plantations in Australia, so again you need to be sure where your sandalwood oil is being sourced if you really care about sustainability.

Happily, the horror stories of man abusing nature are counterbalanced by the occasional success story, where plants have been grown sustainably and in a controlled fashion, and man has applied his ingenuity for good. Vetiver is one such success story. 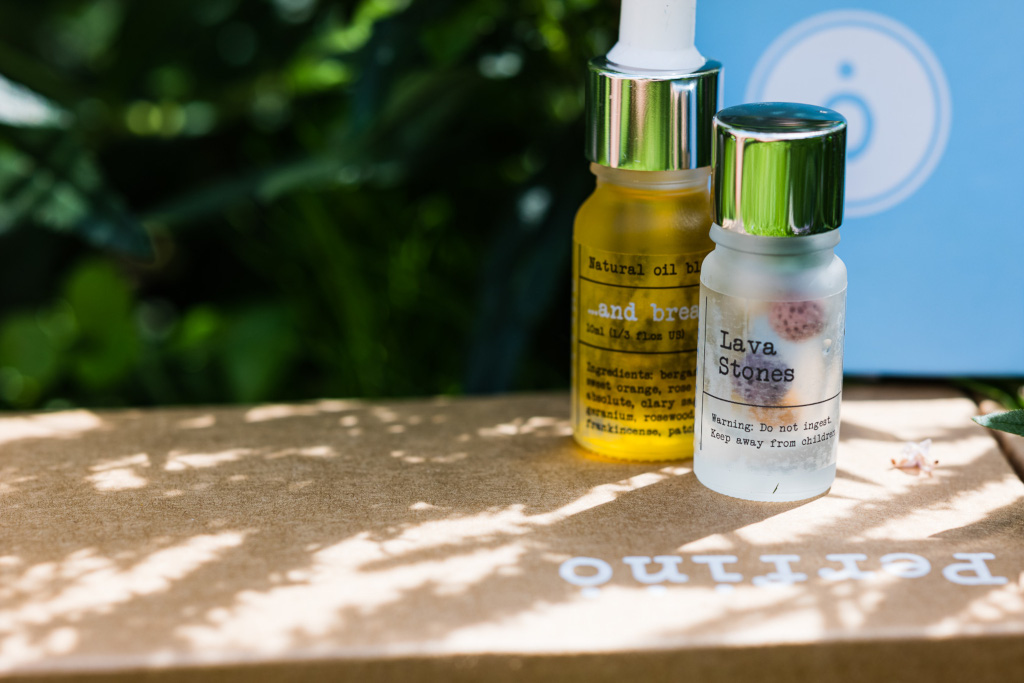 You may have heard of Vetiver in the context of perfumery. It has a wonderful woody, earthy base note, predominantly used in men’s fragrances. Vetiver is a tall grass. It can grow up to five feet, but more importantly the root structure can grow to a depth of 20 feet, which makes it fantastic at preventing soil erosion and promoting soil conservation. It is grown all over the world for a multiplicity of uses from basket weaving to Ayurvedic medicine, and as it can be planted and harvested in a two-year cycle, is a very sustainable product and one that provides tremendous support to agriculture practices and earnings around the world.

In Haiti, Vetiver is grown as a cash crop for the essential oils found in the roots, produced through steam distillation after much washing and drying to remove impurities and enhance the natural oil production.

Another of my great favourites, a plant grown sustainably, with multiple uses, which provides agricultural earnings in parts of the world where this is much needed, is Vanilla.

Vanilla has a particular place in history as it was the plant that kicked off man’s understanding of propagation. In the old days, wars were fought to own the land where prized spices could grow. After many years of fighting, the English finally traded the Banda Islands, the sole source of their prized Nutmeg, to the Dutch who gave them a small island called Manhattan in exchange. That was before Edmond Albius, a slave and horticulturist from Reunion, at the age of twelve, invented a technique for pollinating Vanilla orchids quickly and profitably. Albius’ technique revolutionised the cultivation of Vanilla and made it possible to grow Vanilla beans away from their native Mexico. Today nearly all Vanilla is pollinated using Albius’ technique and it has generated a world leading crop for Madagascar.

Despite this sustainable agricultural practice, Vanilla essential oil is still expensive as it is produced by Maceration. This is a very lengthy process as the raw material is first dried, soaked in a solvent for up to three years, and then dried for a further two years to allow the material to ferment. It is then cleaned with a solvent to isolate the pure essence.

This is the antithesis of the simplest of extraction methods, Expression, known to you and me as squeezing, is largely used for citrus essential oils such as mandarin, grapefruit, lemon, lime. These oils tend to be cheaper and, as they typically dissipate quickly, are generally used as top notes. As we all know, these fruits grow sustainably and plentifully close to home.

Not surprisingly, with any product that is expensive, counterfeits abound. An expert will know whether an essential oil is the real thing, but there are plenty of synthetically produced replicas claiming to be the real thing at a reduced price, so it is important to know who you are buying from and to check their credentials. They may not disclose the exact source, but they should disclose the country of origin, and the best suppliers will have a sustainability strategy. A sustainably sourced and correctly priced essential oil is providing jobs and incomes to growers and pickers around the world, quite often in deprived environments, so I, for one, am very particular about the oils I buy. 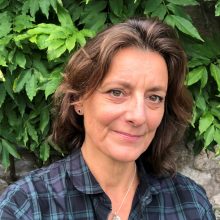 Kim Brookes is the founder of Perfino, an innovative natural scent jewellery brand. Perfino combines expertly blended, 100% natural, pure essential oils with exquisite jewellery so you can wear scent all day long without any chemicals touching your skin. The solid recycled silver and 18ct gold vermeil, artisan designed pendant comes with six lava stones and 10ml of carefully blended natural essential oils – all sourced from sustainable growers. One drop of oil on the stone in the pendant will give you a delicate fragrance that can last for days. Web: https://www.perfino.co.uk