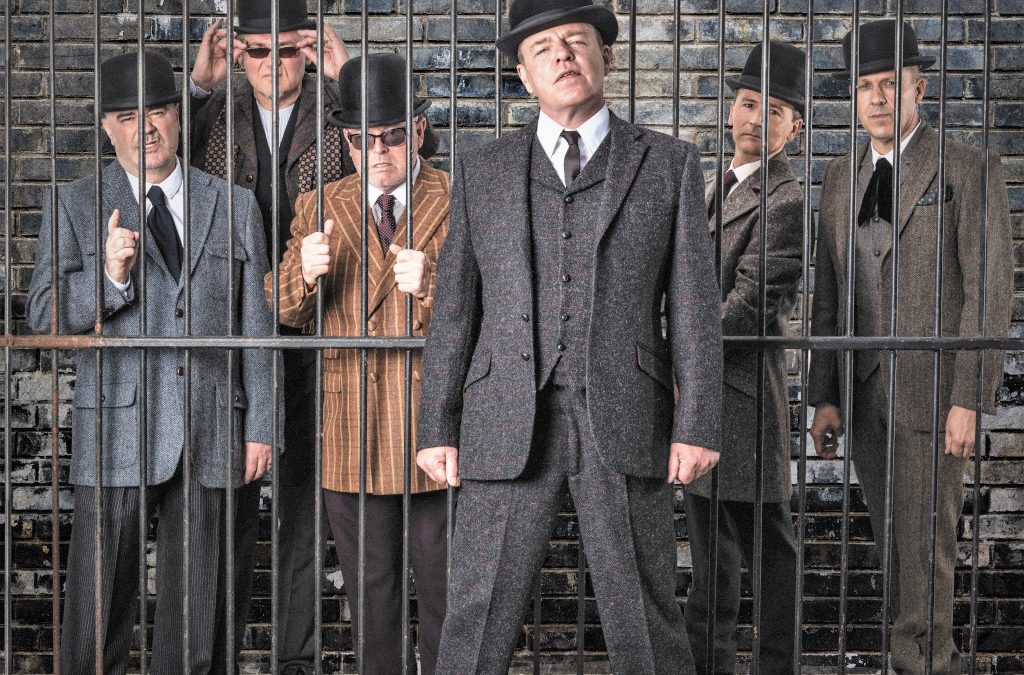 Summer’s fading but the beat goes on. There are some fantastic shows to take you into the autumn, so London Begins at 40 music editor Robert Spellman has compiled an essential ‘cut-out-and-keep’ guide of London music gigs …

One Step Beyond with Suggs & Friends

North London knees-up with the Madness frontman and special guests. This is a charity event for Willow. 28 October

The award-winning London vocalist performs the songs of some of Jamaica’s finest. Expect the music of Gregory Isaacs, Delroy Wilson, Dennis Brown and more. October 31

Canvey Island’s pub-rocking R&B geezers (said to have been continuously on tour since 1973) visit Putney. 2 September

The indestructible soul and R&B singer who goes all the way back to Soho’s Flamingo Club of the mid-60s returns to the Moon. 19 September

The It’s A Mystery chart-topper performs the hits and spills the anecdotes. 25 September

The British guitar titan, hailed by everyone from Eric Clapton to Emmylou Harris, plays two nights: 12 and 13 October

The reggae legend nicknamed ‘Sleepy’ returns to the Cafe to sing his hits. 23 August

Rare chance to catch this rare groove composer and musician and producer of The O’Jays, The Trammps, The Jones Girls, MFSB, Lou Rawls and many more. 31 August

The Massive Attack man throws a DJ night at the Camden club. 24 September

Hackney’s finest exposes the Cafe crowd to the brilliance of his imagination. 25 September

Drummer great who worked with Miles Davis and helped forge jazz-fusion in the early 70s with his band Mahavishnu Orchestra. He plays two nights: 31 September and 1 October

Rare appearance for the reggae singer discovered by Lee Perry. Her 1973 hit cover of Mille Jackson’s Hurt So Good made big waves in the UK. 3 October

From punk to acid-country and the mainstream, Meat Puppets are one of the most beguiling bands to have emerged from the States in the last 40 years. 23 September

Get down to the Bush for Cupid & Psyche’s anniversary tour. 2 October

The Lower East Side charmers bring their funky party brew to the Town. 23 October

More than forty years in the business for this exceptional UK band. 5 September

Leeds’ goth groovers are 40 this year and celebrate with three dates at the historic Camden venue. 10-12 September

Two-tone royalty play a couple of nights. 23 and 24 September

The Psychedelic Furs & Jah Wobble and The Invaders of The Heart

and expect the unexpected from PiL and bass hero John Wardle. 3 October

Patti Smith And Her Band

Her first ever appearance at the Royal Albert Hall. Two nights: 4 and 5 October

Following the success of their album Carnage, the lead Seed joins his pal and colleague play two dates: 6 and 7 October

Terry Hall and the boys have a night in Limehouse. 25 September

Pop Will Eat Itself

The indie-pop pranksters take the stage beneath Oxford Street. 1 October

Smith – author of punk anthems One Chord Wonders, Bored Teenagers and Gary Gilmore’s Eyes – is joined by Richard Strange, once described as the missing link between David Bowie and The Sex Pistols. Is he? Find out on 15 October