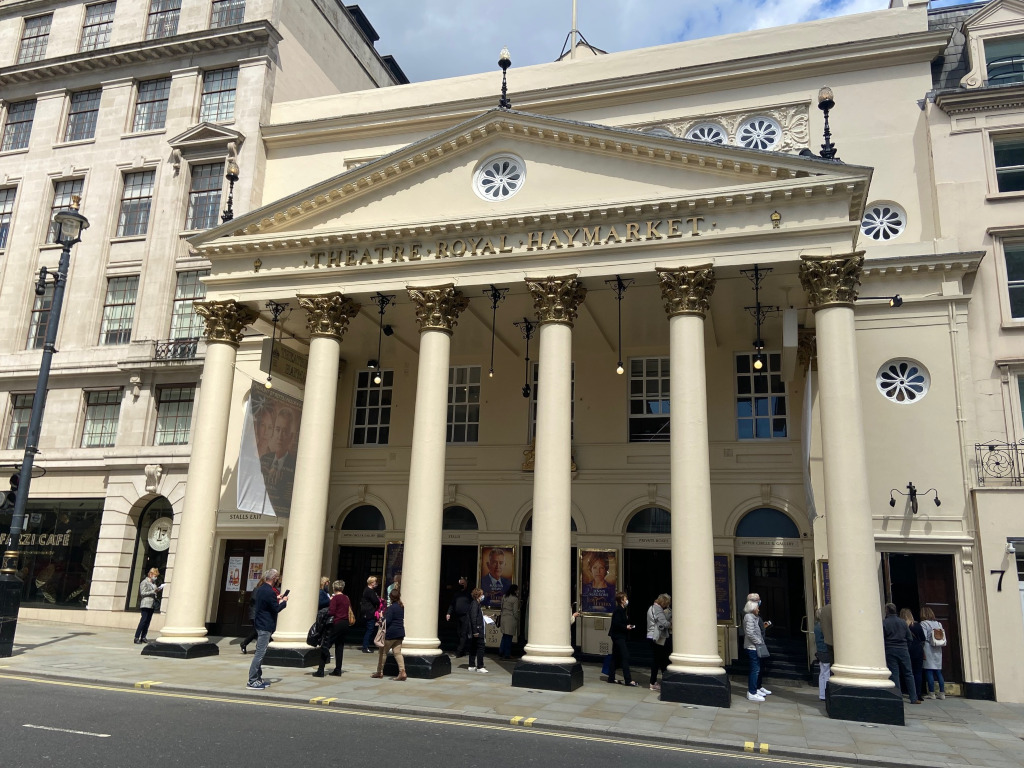 If you were to allocate awards to London theatres simply on grounds of aesthetic beauty then surely the Theatre Royal Haymarket would scoop the lot. Illuminated at night, the Grade I listed building is simply astounding. It almost seems a pity to enter it.

Dating back to 1720, The Little Theatre in the Hay, as it was originally called, is the third oldest London playhouse where performances are still played – The Theatre Royal Drury Lane is the oldest. The original theatre was slightly further north on Haymarket but the current building was redesigned by John Nash in 1821 and opened that year with a performance of The Rivals by Sheridan. The Theatre Royal Haymarket has a small place in the history of theatre in London as it was here in 1873 that the first scheduled matinée was performed.

Fortunately the theatre is not just a pretty face, and has seen all the greats of the stage from Coward to Gielgud and Richardson perform here down the centuries. Ingrid Bergman gave her last stage role here in 1978.

Where is the Theatre Royal Haymarket London?

How to Get to the Theatre Royal Haymarket

Piccadilly Circus (Piccadilly and Bakerloo lines) is the nearest tube station. From there just walk down the Haymarket and the theatre is on your left, towards the bottom of the road.

The theatre is just around the corner from Trafalgar Square and Nelson’s column, meaning that you can easily pop into the National Gallery to visit the free exhibitions there prior to a perfromance. Also if you turn left outside of the theatre and follow the road down the steps to the Mall, then you will find yourself in St James’s Park, our editor’s favourite of the many great central parks in London. You might also choose to stay at the Haymarket Hotel.