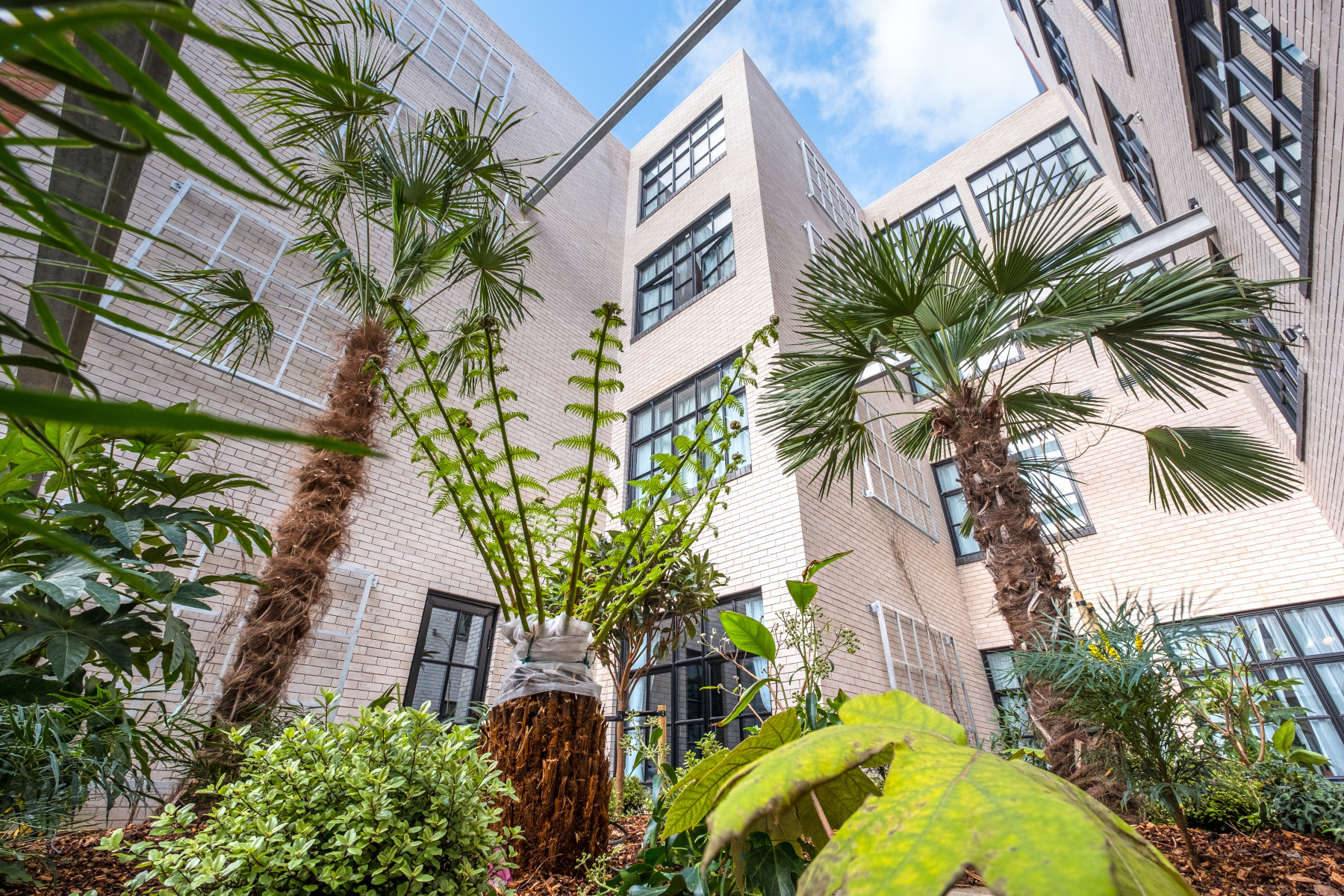 Can you briefly explain how the room2 brand came about and what distinguishes yourself from other hometels?

A hometel perfectly balances the service and standards of a hotel with the psychological needs people have from space to make them feel comfortable and balanced when they are away from home. With innovative features such as 24-hour stays as standard and mattress selection, room2’s highly flexible offer provides kitchens in most rooms and is available for stays from one night to one year.

You claim to be the first ‘whole life net zero’ hometel, with 100 % of your carbon reduced and rebalanced to zero. Can you explain this further?

The carbon emissions of room2 Chiswick will be reduced and residual emissions offset throughout the entire hometel’s life cycle allowing for all emissions associated to equal zero. The hometel goes further than being carbon neutral and is whole life net zero, following the UKGBC’s net zero carbon building framework. Whole life net zero is broken down into two parts. Embodied carbon, which is all the emissions associated with bringing the project to life, like the extraction of raw materials, transportation to site, through the construction phase and also any refurbishments throughout the building’s lifecycle and operational carbon, as the name suggests, refers to all the carbon emissions associated with all the energy sources used to keep the buildings warm, cool, ventilated, lighted and powered.

Also just to clarify you say: “That means all the carbon emissions from construction, operation and through to the end of the building’s end life are all equal to zero.” Is this an aim or is it something you have achieved throughout your properties?

At room2 Chiswick, the carbon produced has been reduced where possible and any unavoidable emissions have, and will be, annually offset. So far the upfront embodied carbon has been measured and offset through an embodied carbon assessment, this totalled at 2448 tonnes of co2e emissions. This has been offset through a bamboo afforestation project in Nicaragua, through Climate Partner. The operational carbon will be measured and offset annually and areas to reduce will be identified and acted on. Any future embodied carbon from things like refurbishments or upgrades will also be measured, reduced and offset.

It is really important to say that we are on a journey and learning along the way, the learnings we take from room2 Chiswick will be taken forward into future room2 sites. For example, we didn’t hit our target for embodied carbon at Chiswick the building was calculated at 765kg/co2e per m2 and our target was 500kg/co2e per m2 so it will be a focus in new developments to bring down the upfront embodied carbon to this target.
Lamington Group as a whole made the commitment to only build and operate to whole life net zero standards for any new properties that started being developed after the launch of our net zero roadmap in September 2021 so this is an aim for all new properties going forward.

Why do you think it is important to make your hometels zero carbon?

Putting sustainability at the core and making hometels whole life net zero carbon is hugely important. We believe we should have full accountability from the hotel’s carbon emissions. The built environment is responsible for 40% of global greenhouse gas emissions and the Brightworks Sustainability (2021) calculated the embodied carbon in construction to be responsible for 21%. The embodied carbon is so often forgotten about and we want to change that.

room2’s founders looked around the hospitality industry and were shocked to see so few examples of brands driving change and innovating to decrease the industry’s impact on the environment. Beyond the obvious changes such as limiting towel changes and removing the small plastic toiletry bottles, no one was tackling the single biggest driving force of climate change – carbon emissions. By creating a whole life net zero hometel, we wanted to limit impact and disrupt the industry to make changes in the right direction. With room2 Chiswick, we have set out to be the change we want to see in the industry and we aim to encourage behaviour change to help meet national net zero targets. Our goal is to boost public awareness in how we can all cut energy use.

Can you explain how the journey to Net Zero happened – what steps did you take? You mention that you use 89% less energy than a typical UK hotel. Can you provide some more details about these projects? 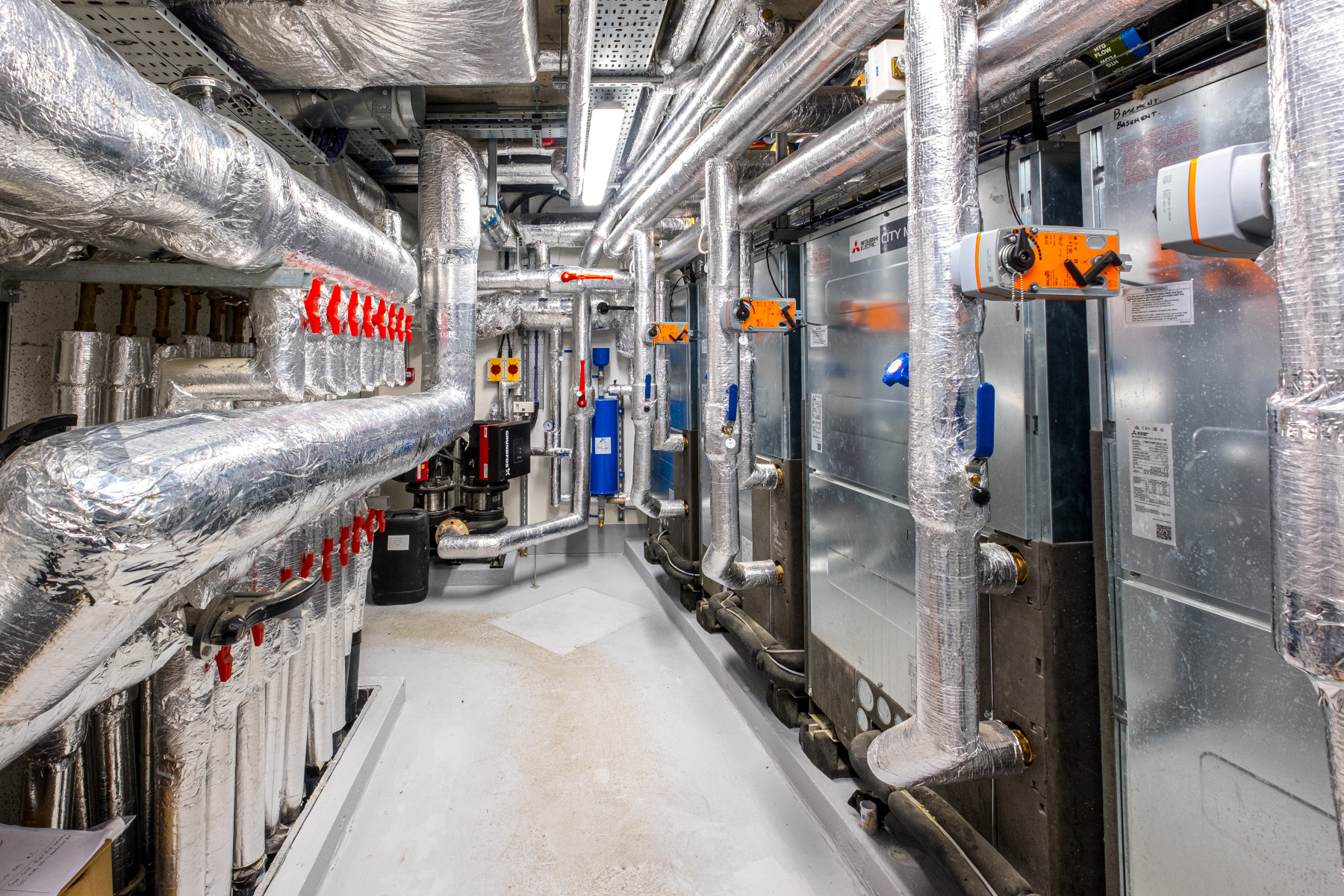 The building is designed to be 89% more energy efficient than a typical hotel by using advanced hardware and software technology, such as using solar energy and ground source heat pumps, that go 200m underneath the building and will convert 100% of the energy needed for heating, cooling and hot water. We also only heat the hot water to 45 degrees celsius and use chlorine dioxide to mitigate against any risk of legionella, rather than heating to the typical 65 degrees celsius and then mixing with cold water. Our other initiatives include ultra-energy efficient lighting, occupancy sensors and two guest rooms tracking granular data on energy and water consumption, for every switch, socket, appliance, light, fan coil, in addition to water meters and air quality. The lab allows us to learn about our guest behaviour and trial interventions to lower consumption, applying learnings to future hotels.

The initiatives go further than energy reduction. There is a blue roof, which can hold up to 50,000 litres of rainwater to reduce localised flooding and a green roof to increase biodiversity and absorb CO2. Roof space is often underutilised, but at room2 Chiswick, we have an array of implementations alongside our solar panels. Around 75,000 bees occupy the roof, and the team recently extracted the honey from the beehives which will be used in the bar and cafe and available for guests to purchase.

The hotel is also zero waste to landfill, and one of the first hotels to separate food in custom-made in-room recycling bins. In the existing market we struggled to find anything which fully aligned with our sustainability values, so we designed and manufactured our own bespoke bin to include waste, recycling and food waste. We are also working on some circular projects, such as turning our old shampoo bottles into table tops for new developments.

This innovative approach has also been applied to the design of room2 Chiswick. A key win was supporting local business, with 100% of the bespoke loose furniture made within 10 miles from the site. We worked with a range of local artists to make bespoke items. We also prioritised products that aligned with our mission such as those that use renewable energy in their factories and embrace a circular economy. Circular principles were also incorporated, we sourced rugs from recycled fishing nets, terracotta tiles reclaimed from decaying buildings, and protected 4,462 trees from the furniture purchases. 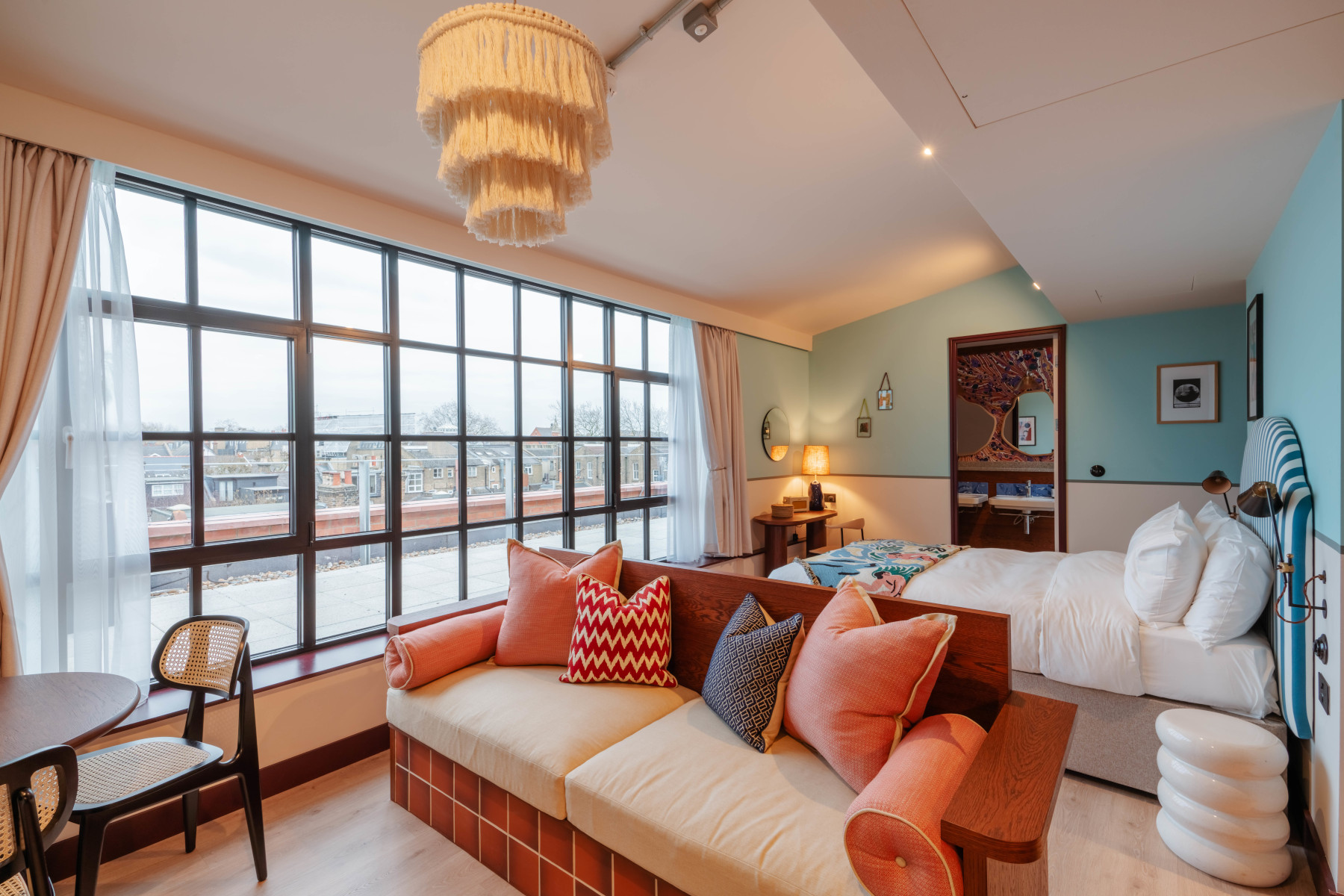 Can you explain more about your bamboo plating scheme in Nicaragua. What % of your carbon emissions do you offset rather than reduce? Why did you choose this particular partner?

At room2 Chiswick, the carbon emitted has been reduced where possible and any unavoidable emissions have and will be annually offset. Shortly after we get to one year of operation we will have the data to calculate the % of carbon emissions reduced compared to a typical hotel in operation. So far, we have offset 2448 tonnes co2e, from the upfront embodied carbon of room2 Chiswick, through a Verified Carbon Standard bamboo afforestation project in Nicaragua. Our founder and Managing Director, Robert Godwin visited the offsetting partner to get a deeper understanding of how the project absorbs carbon from the atmosphere and the local impact it has. The project, Eco Planet, grows giant clumping bamboo to absorb carbon from the atmosphere to become a permanent carbon sink. We chose this project as it is a nature based carbon removal and aligns with best practice for net zero buildings from the UKGBC framework.

Generally what plans do you have for 2023?

room2 has a further pipeline of live projects across the UK with a Gross Development Value of over £100 million, featuring a mix of wholly owned assets and those pre-leased to room2 by development partners. As a forward-thinking family-owned real estate company that’s been investing, developing, and operating sensitively for three generations, our vision is to reach 5000 rooms by 2030, focusing firstly on the UK and then expanding abroad. 2023 will see the opening of room2 Belfast, followed by new room2 hometels in York, Glasgow and Manchester.

Discover more about room2 Chiswick sustainable implementations on its website.