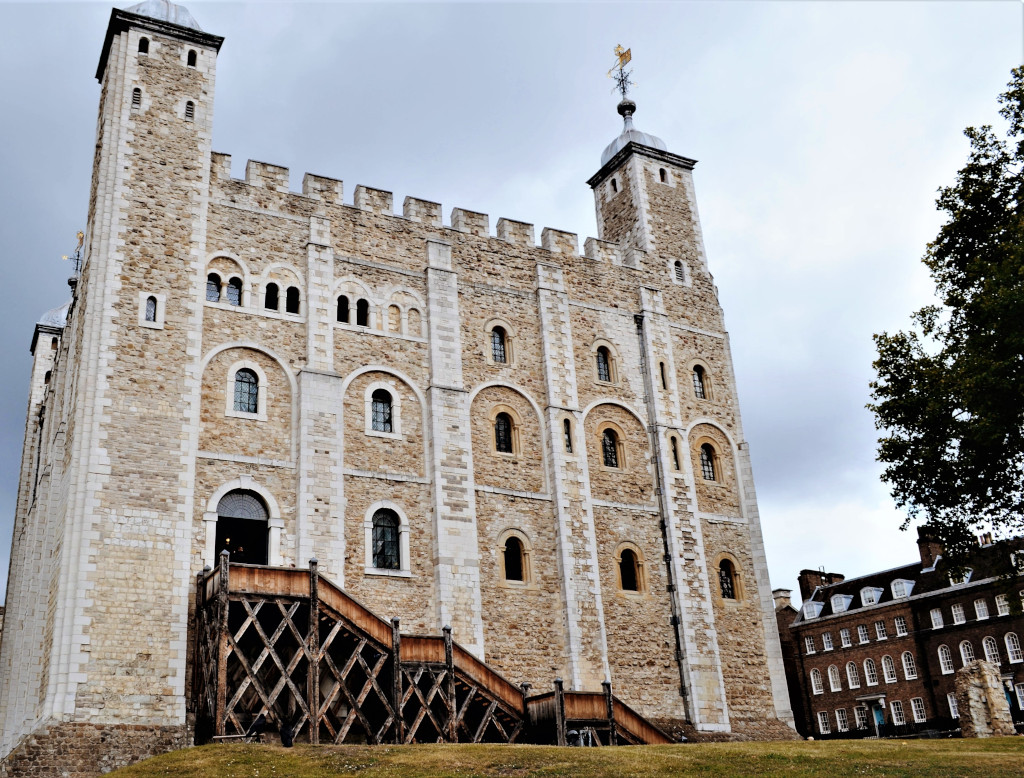 Nowhere in London is more steeped in history and pageantry than the Tower of London. The Princes in the Tower, Anne Boleyn and Lady Jane Grey all met their fate in London’s oldest castle and their ghosts are said to walk around the Tower at night.

The Tower of London was founded in 1066 after William the Conqueror’s occupation of England … and all that. The White Tower was built in 1087, and subsequent expansions during the 12th and 13th centuries have led to what by-and-large you can now see on the north bank of the River Thames.

Steeped in the Royal History of London

The Tower is probably most infamous for its use as a prison, especially in the 16th and 17th centuries, with many an inmate being rowed in through Traitors’ Gate never to be seen again. Even Queen Elizabeth I was held here – albeit before she came to the throne.

Now the Tower is one of London’s main tourist attractions with people from all over the world coming to see the Crown Jewels, which are worn by monarchs during their coronation. Other attractions include the Royal Armouries and Tower’s resident ravens, who are kept by the Ravenmaster one of the Beefeaters employed here. Legend has it that if the ravens were to leave the Tower of London then the kingdom will fall, so let’s hope there is no case of bird flu. You can learn more about its long history and many attractions here.

When is the Tower of London Open?

Tickets for the Tower of London

How to Get to the Tower of London

Tower Bridge is nearby allowing you to walk across it to London Southbank and Borough Market, or even pop to The Shard.