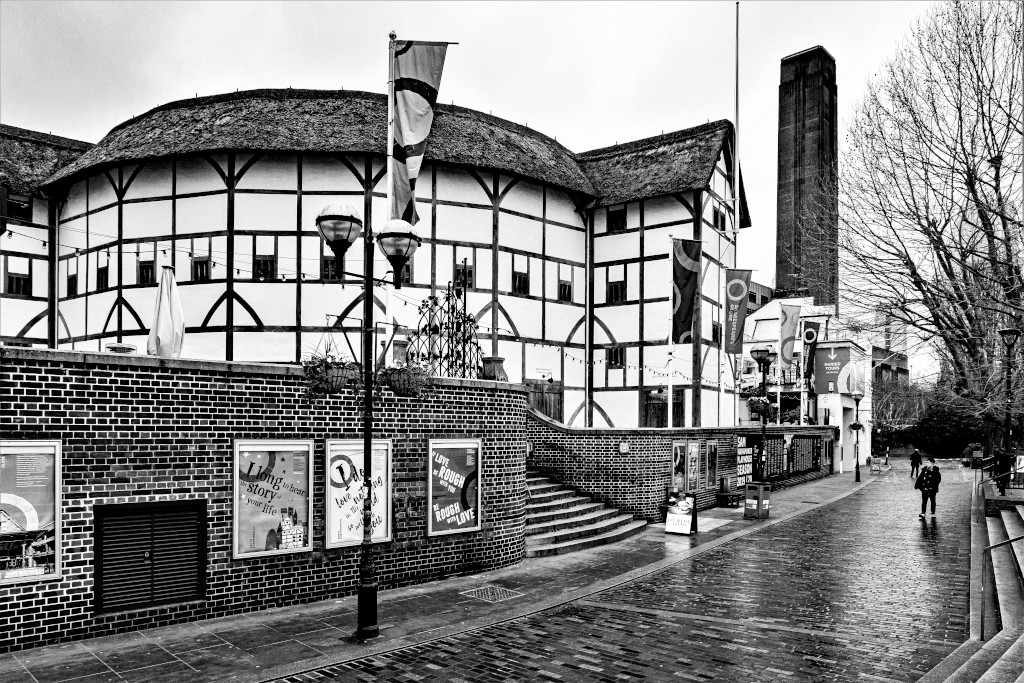 Shakespeare’s Globe is arguably one of the most famous theatres in London, although by no means its oldest. The theatre opened in 1997, as a reconstruction of the Globe Theatre in which Shakespeare’s plays were performed. The original Globe was built in 1599 but destroyed by a fire in 1613.

An American in Shakespeare’s London

It was conceived of and opened by the American actor and director Sam Wannamaker with a performance of Henry V, as close to the site of the old theatre on London’s Southbank. The intention was to perform the Bard’s plays in as authentic a manner as could be replicated in the 20th and now 21st centuries. This includes the open air pit close to the stage. Modern safety requirements mean that the modern Globe can only hold an audience of 1,400 compared with the original 3,000.

In addition to performances, there are also tours of Shakespeare’s Globe as well as an education centre. Although the only Globe theatre in London – there was another Globe theatre which renamed to the Gielgud Theatre – it is by no means the only Globe replica in the world. Others have opened in the US, Argentina, Italy, Japan, Germany and New Zealand.

What’s On at Shakespeare’s Globe?

To find out what is currently playing at the theatre, click here.

How to Get to Shakespeare’s Globe

The theatre is located between London Bridge and Blackfriars Stations along the south bank of the Thames.

The Globe is stuated on London’s riverside walkway close to the Tate Modern, and also close to Borough Market and The Shard to the east, and the Southbank Centre to the west. One of the most pleasant things to do in London is to go on a Southbank London walk taking in all these highlights.