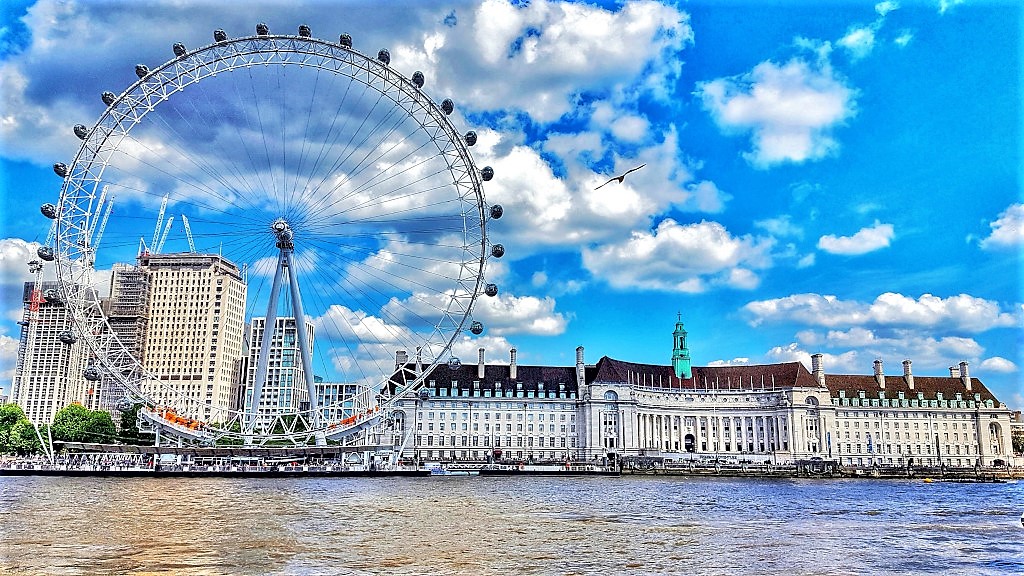 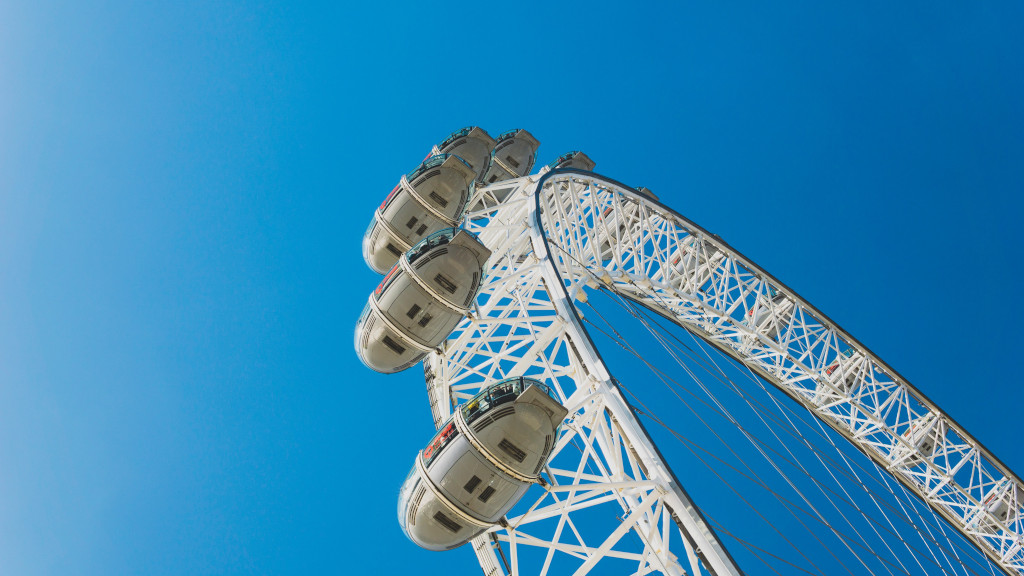 Towering over County Hall the London Eye is one of the most famous landmark structures in the capital. It is also the most visited paid attraction in the UK, drawing three million people each year.

The 135-metre structure was the largest Ferris wheel in the world – a title now claimed by the High Roller in Las Vegas – and the highest public view in London before the Shard was built. It still provides a bird’s eye view of London.

Although formally opened by PM Tony Blair on 31 December, 1999, it did not carry any paying public until March 2020. Originally planned as a temporary attraction, like the Millennium Dome, the Millennium Wheel as it was called, proved so popular that it was decided to make it into a permanent attraction.

The View from the London Eye 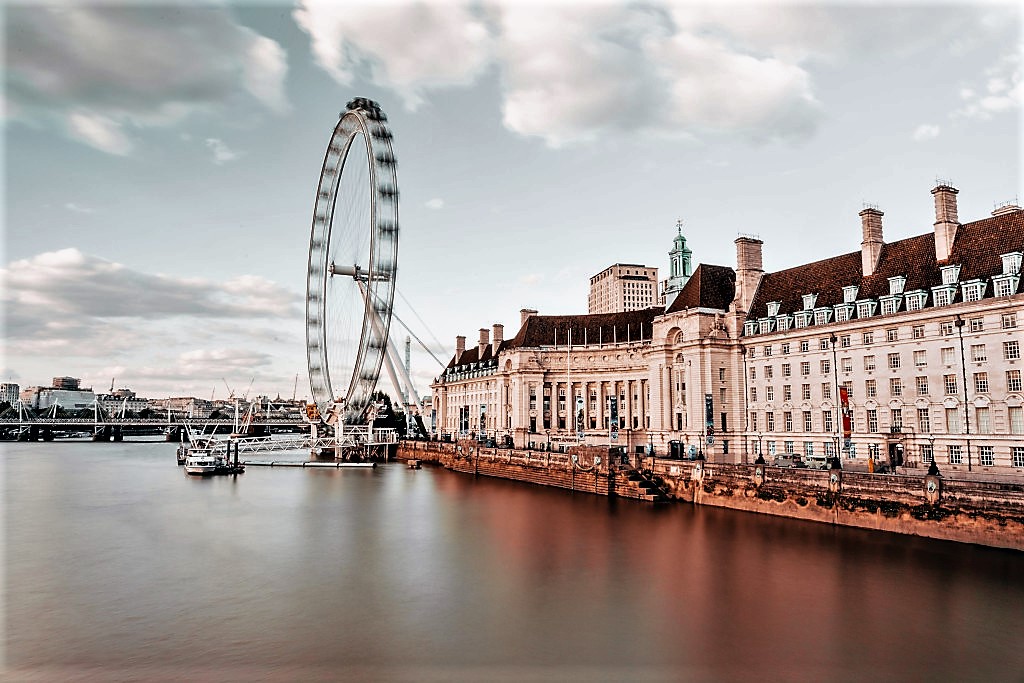 Located right in the heart of London, and accessible to all, on a clear day you can see for 40 kilometres. Each ride takes around 30 minutes. The London Eye has seen more than 5,000 marriage proposals. Its greatest fan is Kate Moss who has made the rotation some 25 times.

Sir Richard Rogers has compared the London Eye to the Eiffel Tower in Paris, another supposedly temporary building, in that is “a symbol and to let people climb above the city and look back down on it”.

Tickets for the London Eye

You can buy a combined ticket that includes access to other top London attractions, such as Madame Tussauds London, The London Dungeon and Sea Life London Aquarium. A range of tickets can be bought from £24.50 per adult. To buy a ticket click here.

Getting to the London Eye and Nearby Attractions

Waterloo is the nearest main line and tube (Bakerloo, Jubilee and Northern lines) station. Westminster tube station (on the opposite side of Westminster Bridge) is also close. You can combine your visit with a Southbank London Walk, or head across Westminster Bridge to visit Big Ben and the Houses of Parliament.