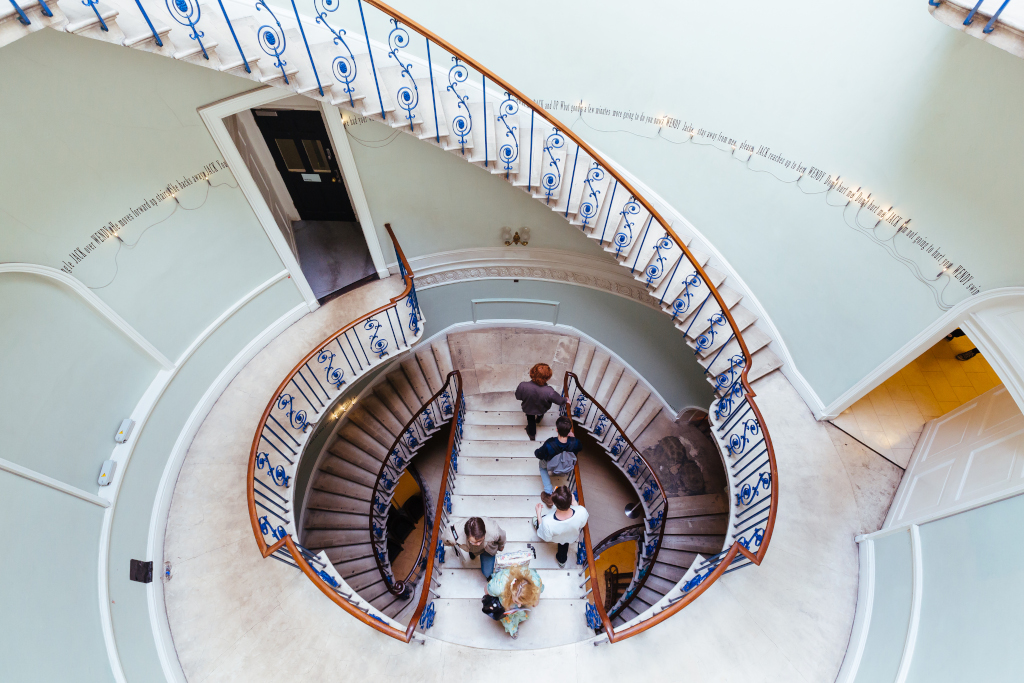 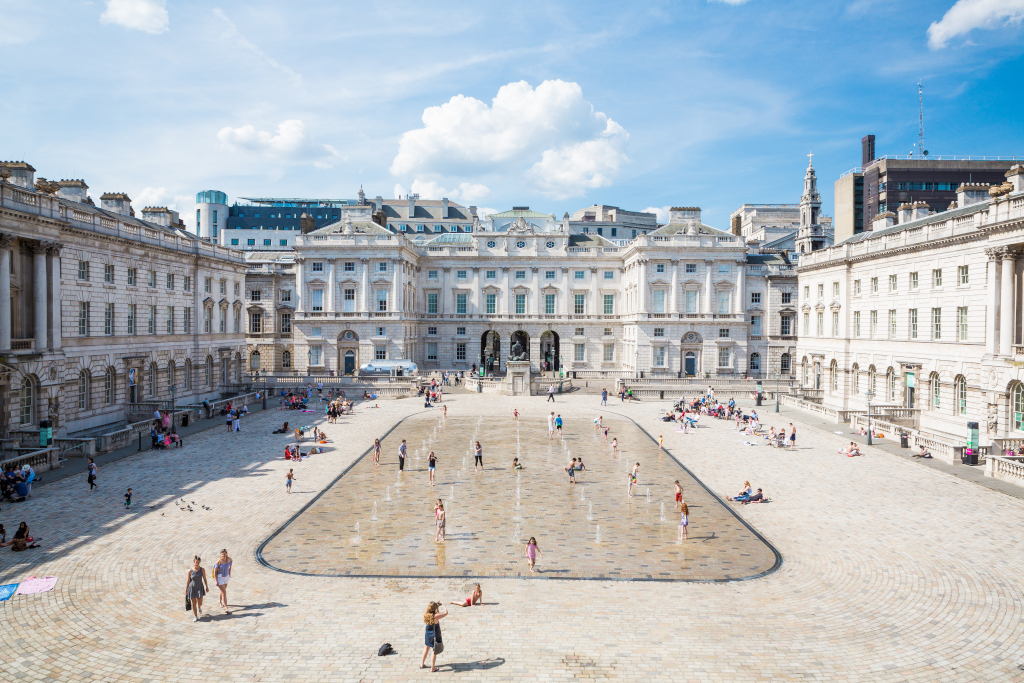 Few courtyards in London compare with that in Somerset House, nor can many buildings rival its rich history.

A House for All Ages

The wonderful Georgian quadrangle was constructed on the site of a Tudor palace that belonged to the Duke of Somerset, the Lord Protector for Edward VI, who unfortunately was executed before he saw its completion. The future Queen Elizabeth lived at Somerset Place, as it was then known, during the reign of her sister Bloody Mary.

During the 17th century the house was where royal consorts lived, and its name changed to Denmark House after Anne of Denmark, wife of James I. The body of Oliver Cromwell lay in state here in 1658, and the building underwent extensive modernisations by Inigo Jones and Sir Christopher Wren. However after 1688, it fell into neglect.

In the 18th century there was a demand for a great public building to be constructed in the capital and Sir William Chambers was commissioned to create Somerset House in 1775 according to Palladian principles. The North Wing was built to designs by Inigo Jones and completed by 1780. The riverside wing followed six years’ later, and the main quadrangle itself in 1790.

The east and west wings were extended in Victorian times, and as late as the 1860s when the Victoria Embankment was built the house stood on the River Thames. Now people just have to satisfy themselves with the great sweeping views while sipping a cocktail on the riverside terrace.

Although Somerset House had a civic purpose the elaborate design included statues by Joseph Wilton and John Bacon amongst others, while Joshua Reynolds painted at least one ceiling. The North Wing housed the Royal Academy and the Royal Society, while the South Wing had a more official purpose, containing the Navy Board, and the Tax Office. In 1837 the Registrar General of Births, Marriages and Deaths was established in the North Wing and remained there until 1970.

Now, the central courtyard has become a major public attraction, either as an ice rink in winter, hosting an open-air cinema in the summer or just somewhere attractive to cool down. In 2021, the courtyard temporarily will become a forest to highlight the immediacy of the need to take action to tackle climate change, part of Somerset House’s pioneering green initiatives.

It also hosts a series of events, exhibitions and festivals including the London Design Biennale.

In 1989 the Courtauld Gallery was established at Somerset House with a collection of old masters and impressionist paintings from the Courtauld Institute of Art.

What’s On at Somerset House?

To discover what is showing now or in the future, click here.

How to Get to Somerset House?

It is right next to Temple tube station (District and Circle lines).

If somehow Somerset House fails to have sufficient attractions to detain you, then there is always Covent Garden and the Royal Opera House just around the corner. Or you can stroll across Waterloo Bridge – with the best views of the river – and visit the Southbank Centre, National Theatre, BFI Southbank and the Tate Modern, or even go on a riverside Southbank London walk.