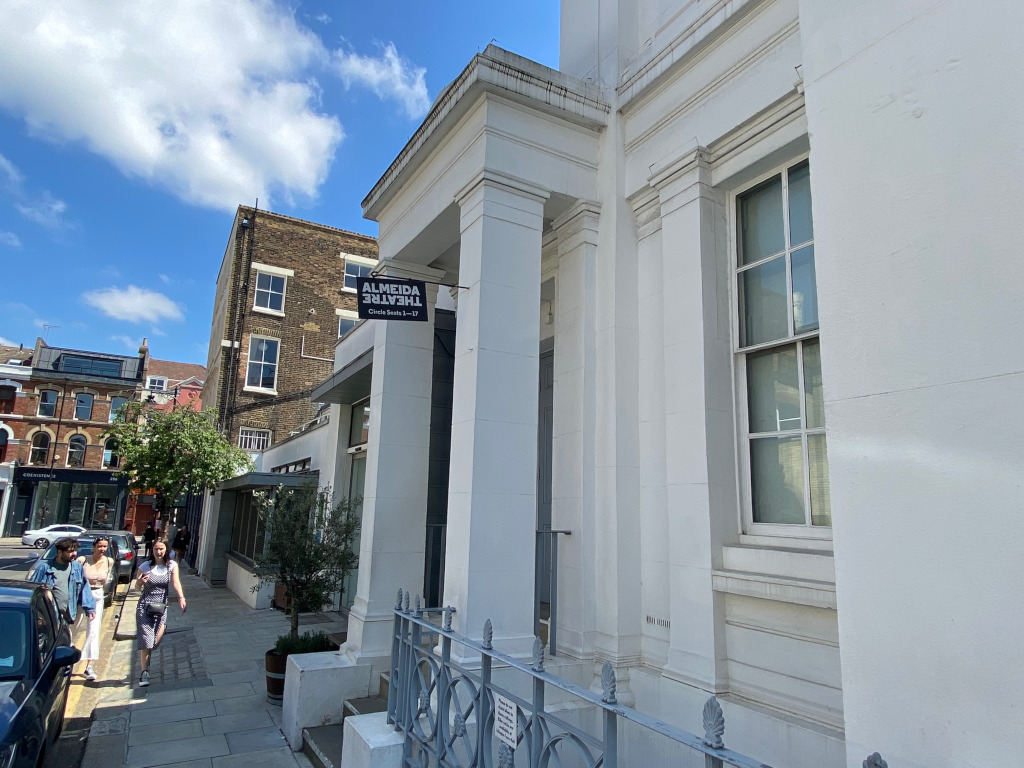 Since it opened in 1980, the Almeida Theatre in North London has been one of the foremost and thought-provoking theatres in London. Due to its reputation the theatre attracts some of the UK’s finest acting talents, and often scoops awards at major ceremonies including the Olivier Awards.

The 325-seat theatre has an intimate theatre to it, aided by the café and bar directly adjacent to the auditorium. The Grade-II listed building itself was created for the Islington Literary and Scientific Society as a library, reading room and lecture theatre in 1837, before becoming a concert hall and barracks for the Salvation Army. Pierre Audi acquired the building in 1972 and launched a public appeal to turn it into the Almeida Theatre.

Its international repute was largely garnered by the artistic directorship of Ian McDiarmid and the Jonathan Kent in the 1990s when several Pinter plays were staged here.

What’s On at the Almeida Theatre?

To discover what is currently showing and what is planned for the future, click here.

The 2021 Season will include: Hymn by Lolita Chakrabarti, directed by Blanche McIntyre (16 July to 13 August); Once Upon a Time in Nazi Occupied Tunisia, by Josh Azouz, directed by Eleanor Rhode (21 August to 18 September); and Macbeth (25 September to 20 November)

Where Is the Almeida Theatre?

How To Get To the Almeida Theatre London

It is roughly half-way between Angel (Northern), and Highbury and Islington (Victoria, Overground, East London and Mainline) stations, both are about a ten-minute walk away.

It is set just off Upper Street in the heart of Islington. The Screen on the Green is a short walk away, as is the King’s Head, which is one of our favourite pubs in London.