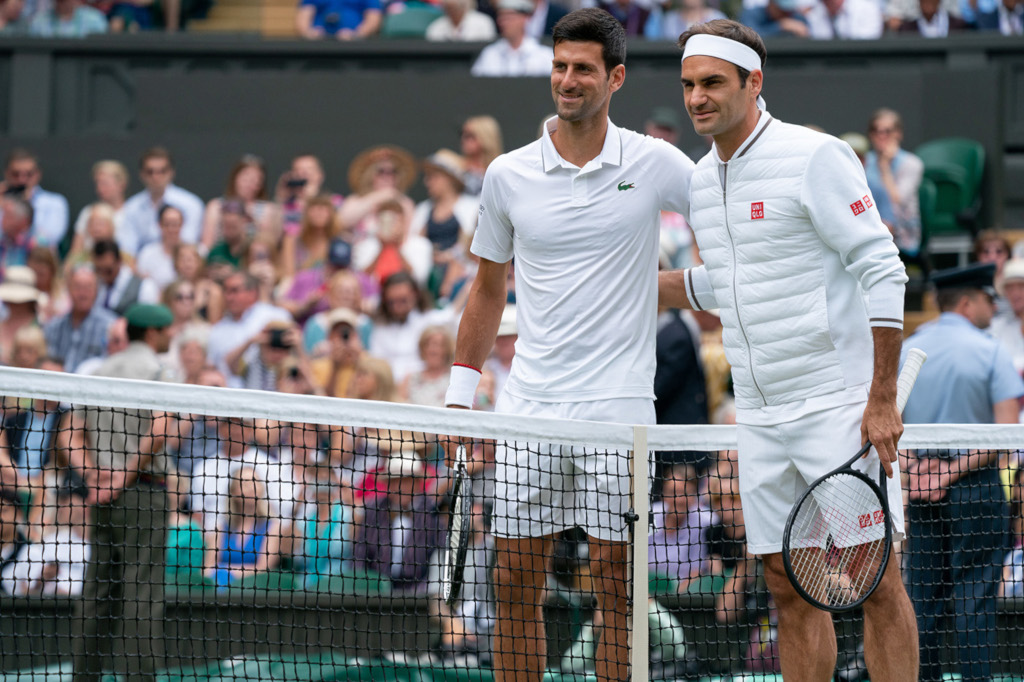 For many Londoners the advent of summer can only mean one thing – the Wimbledon Tennis tournament, or The Championships Wimbledon.

The oldest tennis tournament in the world Wimbledon is also probably the most famous. For two weeks the sporting TV cameras of the world will be focused on a small part of southwest London, spellbound in anticipation as to which of Nadal, Djokovic and Federer will walk off with the famous Wimbledon trophy. Recently, the women’s championship has been much more difficult even to predict. After a year’s Covid hiatus Wimbledon returns to the grass once more from 26 June to 9 July, 2023.

Wimbledon 2023 will be the 136th event held at the All England Croquet and Lawn Tennis Club. The first was held in 1877, and attracted 22 entrants – all men – following an announcement in The Field. Some 200 spectators watched on as Spencer Gore became the first Wimbledon champion.

By the turn of the century the Wimbledon Championships had gained in popularity. In 1884 both the Ladies’ Singles and Men’s Doubles were added. Maud Watson became the first female Wimbledon champion triumphing over her sister Lilian.

Wimbledon is one of the four Grand Slam tennis tournaments, and the only one currently played on grass. It has a strict all-white dress code. Since 2009 Wimbledon Centre Court has had a retractable roof in the hope to reduce the number of rain delays.

However, Wimbledon is much more than a tennis tournament. Strawberries and cream, Pimms, and watching the inevitable demise of all British hope before the start of the second week – Andy Murray excepted – are quintessential parts of the British Summer.

The list of Wimbledon winners reads like the greats of the game. Fred Perry was perhaps the most famous of the pre-war champions if only for the fact that he was the last home champion (1936) until Andy Murray in 2013.

Since the Championships went open in 1968, the men’s title has been claimed by Bjorn Borg, John McEnroe, Jimmy Connors, Boris Becker and Pete Sampras, before the recent domination of the Big Four – Roger Federer, Raphael Nadal, Novak Djokovic and Andy Murray.

In 2022, Novak Djokovic won the men’s and Elena Rybakina the women’s Wimbledon championship.

Roger Federer has won the most men’s titles raising the Wimbledon trophy eight times, while Martina Navratilova won the women’s title nine times. Navratilova and King both share the record for most wins in singles and doubles with 20 titles a piece.

The 2023 Wimbledon tennis tournament starts on 26 June. The Championships continue for the fortnight with the Women’s final played out on the last Saturday (8 July) and the men’s on the following day, weather permitted.

Both seedings and fixtures will be declared shortly before the start of the tournament.

How to Get to Wimbledon Tennis

There are many options to arriving at Wimbledon. Southfields is the nearest underground station. Further details can be found here.

For details on how to purchase tickets for Wimbledon 2021, click here. Please not that this year all tickets will be via the official Wimbledon mobile App.

For anything else, visit the official site.