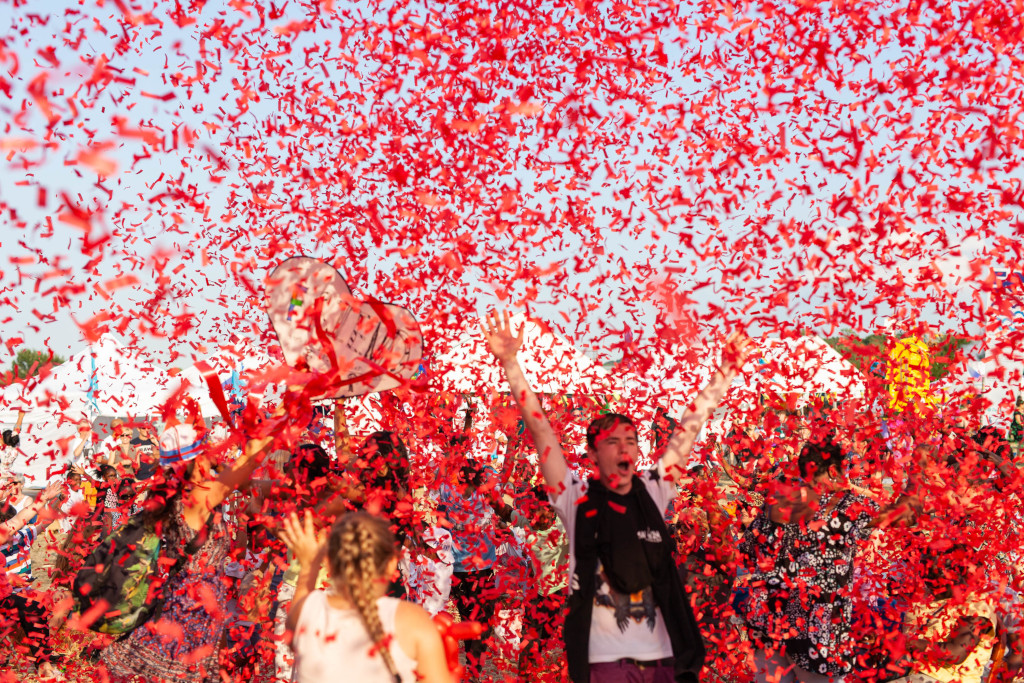 Thamesmead Festival returns to Southmere Park this August. With last year’s festival creatively parlayed into a series of markets, the return of this unique, community-minded festival is eagerly anticipated by local residents and visitors alike.

With a mix of live music and DJs sessions on the main stage and unplugged stages, storytelling and spoken word under the trees, together with dance, comedy and a carnival procession that weaves through residential streets led by Kinetika Bloco, Thamesmead Festival offers the kind of community atmosphere we all need this year – from staycationing families looking for a day out with a difference, to architecture and filmbuffs making a pilgrimage to South Thamesmead, where the 1960s vision of a connected new town for London is beginning to be revived today. 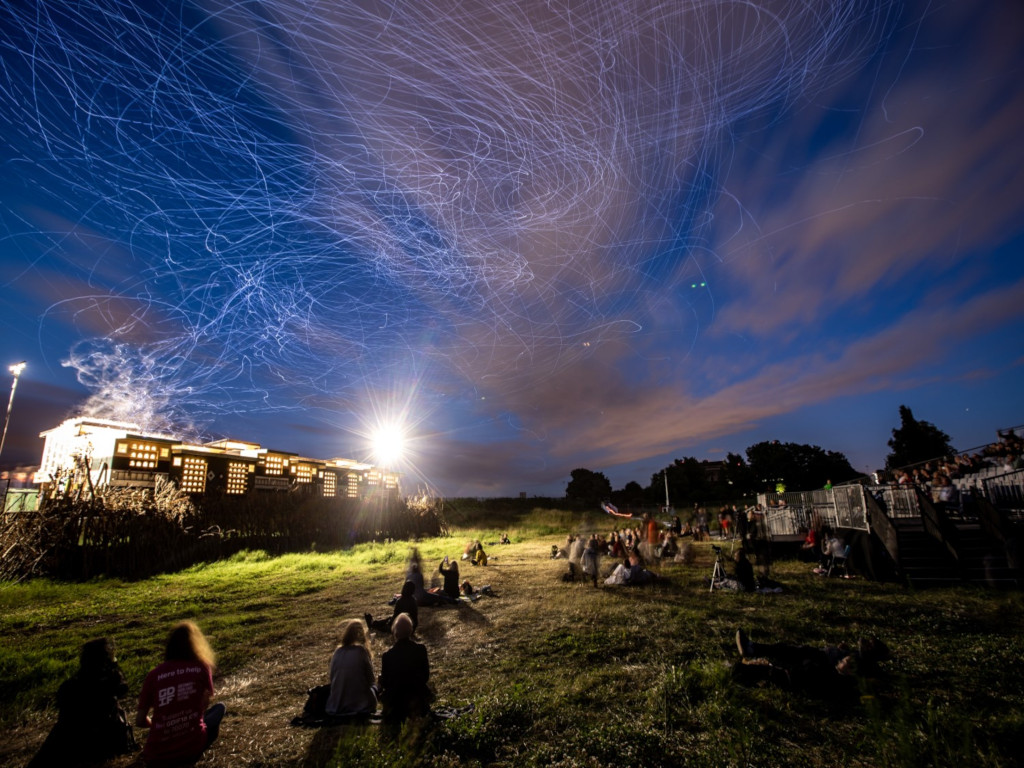 Located on the banks of Southmere Lake (one of five lakes, connected by a seven mile network of waterways) flanked by willow trees and wildflowers, this is a festival setting like no other. Rather than taking place on the manicured lawns of a country house, this summer festival plays out against the dramatic backdrop of the modernist housing estate immortalised on film and TV, from Stanley Kubrick’s dystopian classic A Clockwork Orange to Channel 4’s Misfits and videos locations.

The festival will be run safely in accordance with current guidelines. Visitors from across London and Kent are encouraged to attend and can access the site via good public transport links including a 30-minute train journey from central London. The festival site is a 15 minute walk from Abbey Wood station.

With a strong emphasis on homegrown talent and creativity, the full line-up – programmed by the Thamesmead Festival Production Group in partnership with live event producer Serious – will be announced later this month. Visual art becomes part of the landscape with vibrant, newly muralled underpasses and a trail of eye-popping art installations by local artists. Local flavours extend to beloved street food pop-ups including heavenly dumplings from Himalayan Tiffin and Back a Yard Grill’s legendary jerk chicken, both of which can be washed down with freshly made smoothies by DB catering, all managed by awarding winning local enterprise CC Events. 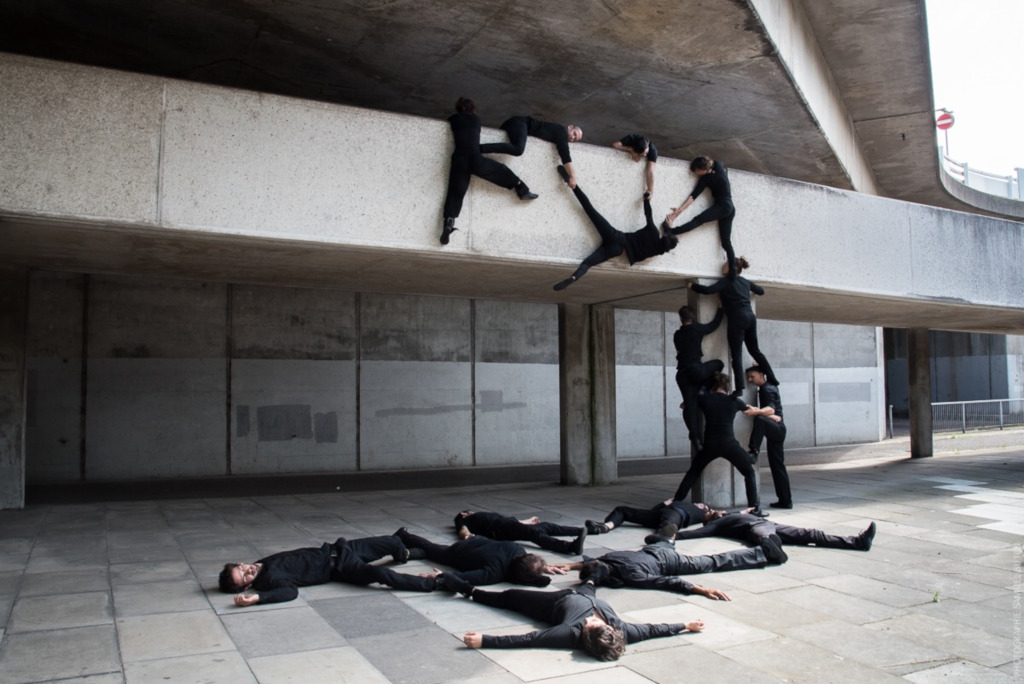 Heralded by the Greater London Council in 1967 as “a town for the 21st century”, the Thamesmead estate is today in the process of a major renovation that places both the natural environment and culture at the heart of its plans.

While the festival in its current form has been running for four years, 2021 marks 50 years since the first Thamesmead Town Show – staged by the GLC in 1971 as a celebration of community spirit just four years after the first residents moved in. Organised by Peabody, the current festival is part of Three Rivers, Bexley’s Creative People and Places programme supported by Arts Council England.

The Festival is just one highlight in a year-round calendar of events and cultural commissions, which include this year Thamesmead Codex, a 24 metre-long series of painted conversations that vividly capture local residents’ experiences. Created by Bob and Roberta Smith, Thamesmead’s first Tate exhibition can be viewed in a former Peacocks clothes store in Thamesmead Town Centre from 25 June for 10 weeks.

Festival-goers may also have the opportunity to witness the maiden flight of a scale prototype of a sculptural hot air balloon clad in the embroidered and textile creations of local community groups and residents. The winning entry for the inaugural Thamesmead Open art competition, ‘Fields of EveryWhen’ is created by artists M+R as a flying gallery that floats stories in the air. November 2021 sees the arrival of Light Up! An illuminated walk through Thamesmead’s many green spaces. 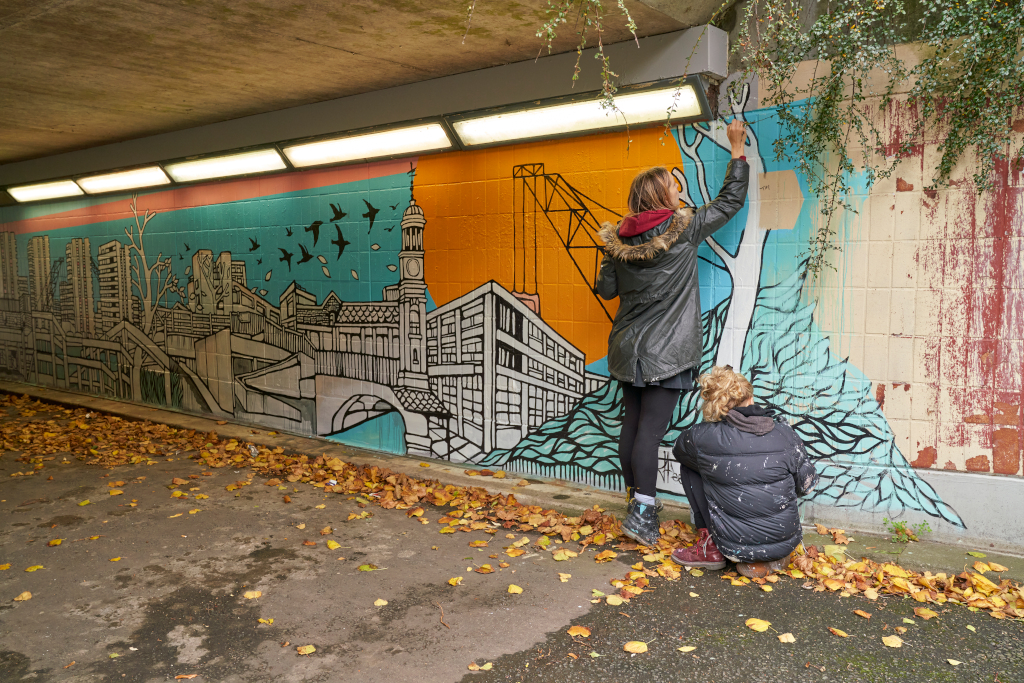 Jamie Zubairi from the Thamesmead Festival Steering Group, said, “As a newcomer to Thamesmead, joining the Festival Production Group has been essential for me to get to know the community more – especially during lockdown. Working with Serious has given the festival a boost to take it to the next level to really give Thamesmead an annual event that the whole southeast can look forward to. This year, the festival will hopefully be the first time the whole community can safely let our hair down and enjoy ourselves.”

Jules, resident and poet/spoken word artist performing at the festival, said, “I want to shine light on the hidden talent of Thamesmead and personally give back to my hometown. It is an opportunity to celebrate everything that makes Thamesmead what it is now; landmarks, nature spaces, local residents, organisations and businesses, creatives/artists etc. The festival invites all walks of life, encourages learning of its origins and embraces culture and diversity. Thamesmead Festival is a moment to be made in history and is the perfect way to bring everyone together after a very tough and uncertain year.”

When is the Thamesmead Festival?

Where is the Thamesmead Festival?