The west of London will come alive with a plethora of live performances and public art for two months this summer with the first Kensington + Chelsea Festival from 21 June to 31 August.

The festival hopes to put culture very much at the centre of the post-pandemic recovery with a series of outdoor and indoor events that celebrate the capital’s culture and creativity.

The festival is bookended by two major cultural events – the Kensington + Chelsea Art Week from 24 June to 4 July, and the Notting Hill Carnival (28 to 30 August).

The programme is still being evolved, but organisers say the festival will be a mix of public art, theatre, opera, music, comedy, spoken word and even circus.

Part of the festival will be a series of Weekender Hubs, as well as a visual arts programme which includes the current Public Art Trail that connects all the Borough’s zones with outdoor installations.

Full details of the festival will be announced mid-June.

Opening the festival is the Kensington + Chelsea Art Week (KCAW). Over 11 days the art festival will highlight the London borough as a cultural hotspot showcasing the amazing variety of art and culture on display.

This year’s theme is Transformation. Fot it, KCAW along with CW+ the official charity of the Chelsea and Westminster Hospital NHS Foundation Trust, has commissioned Yinka Ilori to create a series of unique artworks and design interventions for Chelsea and Westminster Hospital’s Emergency Department. The aim of the series is to improve the wellbeing of both staff and patients at the hospital.

Through its annual KCAW Public Art Trail and KCAW High Street Windows, the organisation has created a series of murals and installations that will interact with and challenge the public in unexpected ways.

More information about the cultural week can be found here.

When is the Kensington + Chelsea Festival?

Where is the Kensington + Chelsea Festival?

Throughout the London Borough of Kensington and Chelsea.

For more information on the festival 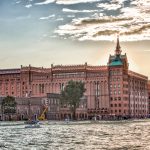 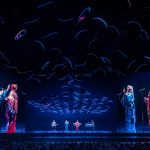 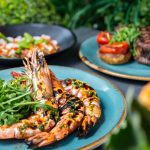 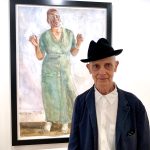 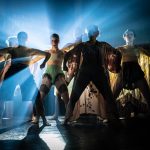