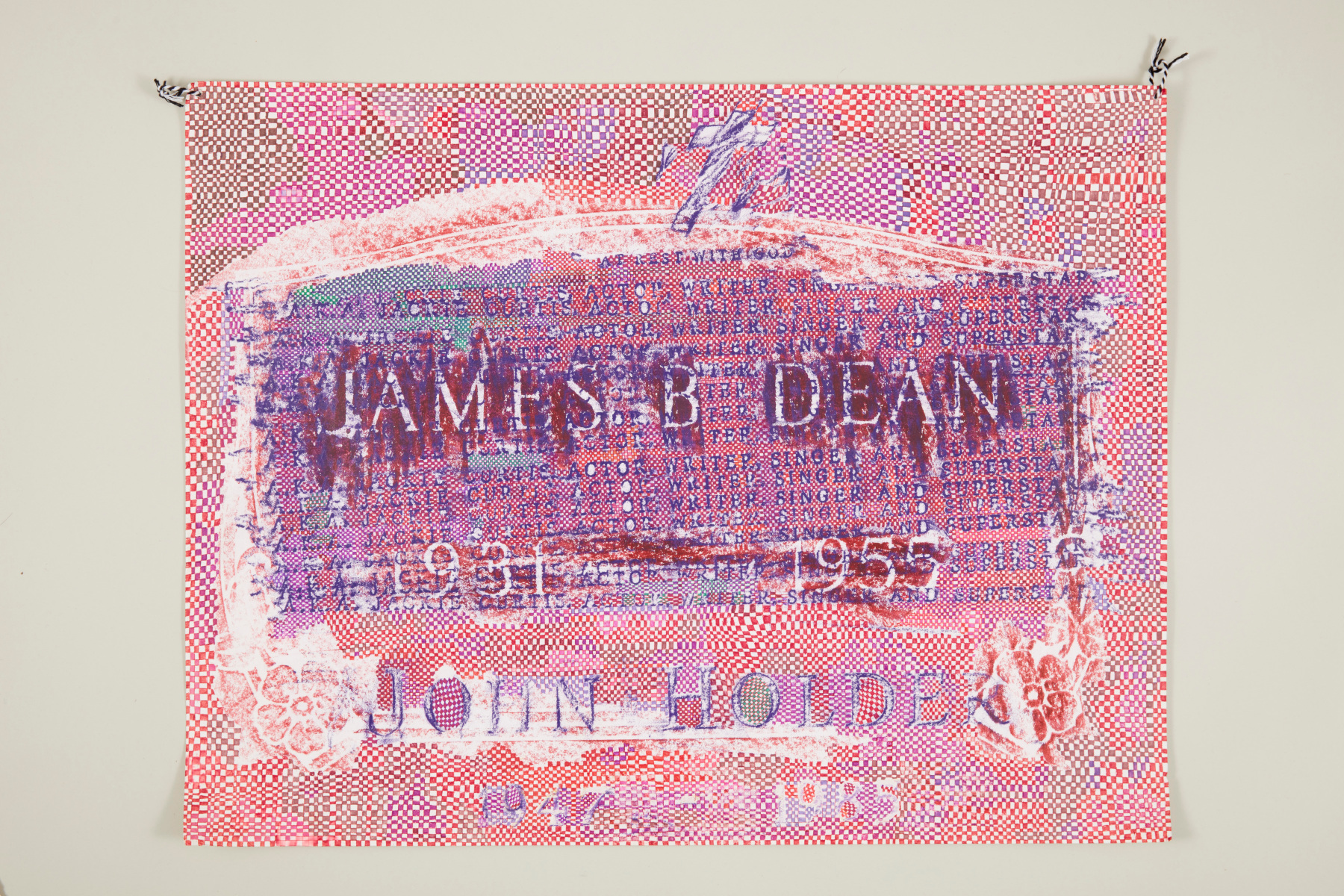 C’est La Vie, Scott Covert’s first major solo show outside the US, is exhibited at Studio Voltaire from 25 January to 23 April.

Covert’s Monument paintings — carefully produced tombstone rubbings in chalk, oil stick or charcoal either on paper or canvas — have dominated his profession for over forty years. Covert has travelled hundreds of times across the US and abroad to find subjects, including acquaintances, prominent personalities, artists, poets, film stars and underground acts.

After being an actor, he returned to art in 1985 with The Dead Supreme, a tribute to Supremes founder Florence Ballard (1943–76). He added Billie Holiday’s epitaph to the painting posthumously.

Since these early trials, Covert has memorialised the likes of Noël Coward and Frank Sinatra individually and thematically. Marilyn Monroe, Nancy Spungen and Candy Darling are among his ‘tragic blondes’ collection. Covert works on numerous canvases at once, many of which have evolved over time.

“The tombstone operates like the plate for a printing machine.”

His celebrity, legacy, and infamy studies are Warholian. Instead of Pop’s detached replication of cultural symbols, Covert’s dynamic transcriptions of gravestones show the artist’s hand and his mark marking in direct relation to the item and place. Covert’s memento mori depict his subjects’ lives and his journeys to locate them.

Born in New Jersey in 1954 and based in New York, in the 70s Covert collaborated with off-Broadway theatre companies in the late 70s. He was also a founder of Playhouse 57 at Club 57 in New York’s East Village. A major 2022 exhibition of his work will be shown at the NSU Art Museum, Fort Lauderdale, Florida, USA.

When Is the Exhibition?

Where Is the Exhibition?