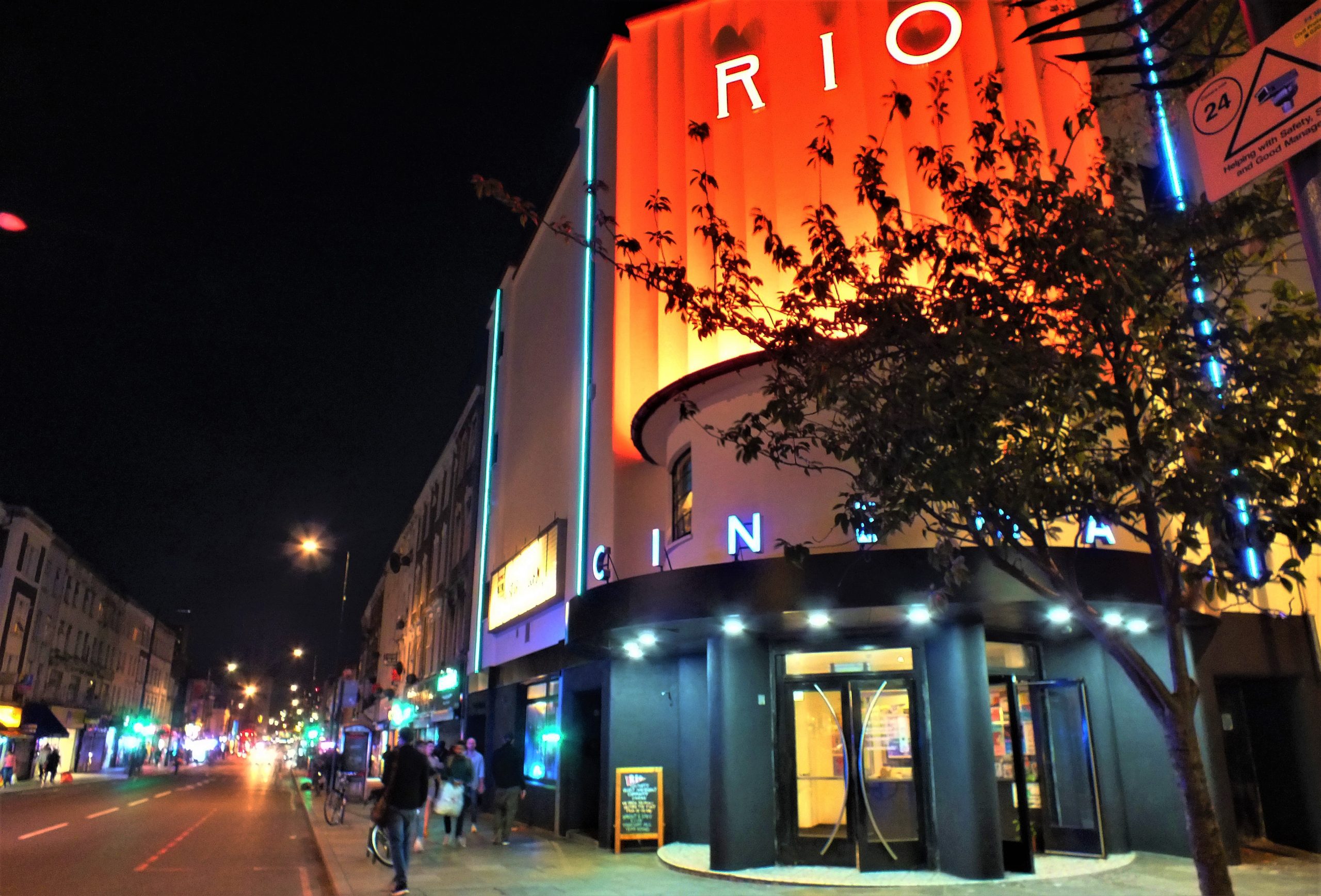 The Rio Cinema in Dalston is a real gem. Back in the day when our editor used to live nearby he briefly became a trustee before South American travels beckoned. The Rio has very strong links with the local Hackney community with cut-price tickets for children, community events and discounts for holders of local library cards. You can discover more about its programme of community screenings, classic matinees and more here.

History of the Rio

Ludksi converted a former auctioneer’s shop into the original Kingsland Palace in 1909. At the time remarkably it was one of five cinemas in Dalston. Immediately successful, Ludski acquired the neighbouring properties to create the Kingsland Empire in 1915. Its current art deco appearance owes to subsequent remodelling in 1937 and the early 50s.

Before the Rio came under its current cooperative management it was briefly a Tatler Cinema Club in the early 70s with uncensored films and live strip shows. The pink and blue art deco exterior was restored in 1997, and subsequently the building was listed in 1999. A second screen was added in the basement in 2017.

Details about how to become a member can be found here.

What’s Showing at the Rio Cinema

You can find out what is showing at the Rio by clicking here.

How to Get to the Rio Cinema?

The cinema is close to the Overground stations Dalston Kingsland (North London Line) and Dalston Junction (East London Line). You can also catch a bus up here from London Liverpool Street Station.

This is one of our editor’s favourite areas in London. Equidistant between Stoke Newington and Hoxton, there is a real community feel to the place, including an interesting market. Just around the corner the Dalston Jazz Bar has a really great vibe, while the nearby Clissold Park is a wonderful place just to chill. Some of our favourite pubs are hidden down nearby backstreets, but if we told you about them, they wouldn’t be hidden, would they?