The Royal Court’s ambitious and refreshing new programme has continued with Aleshea Harris’ revenge drama Is God Is at the Jerwood Theatre Downstairs. 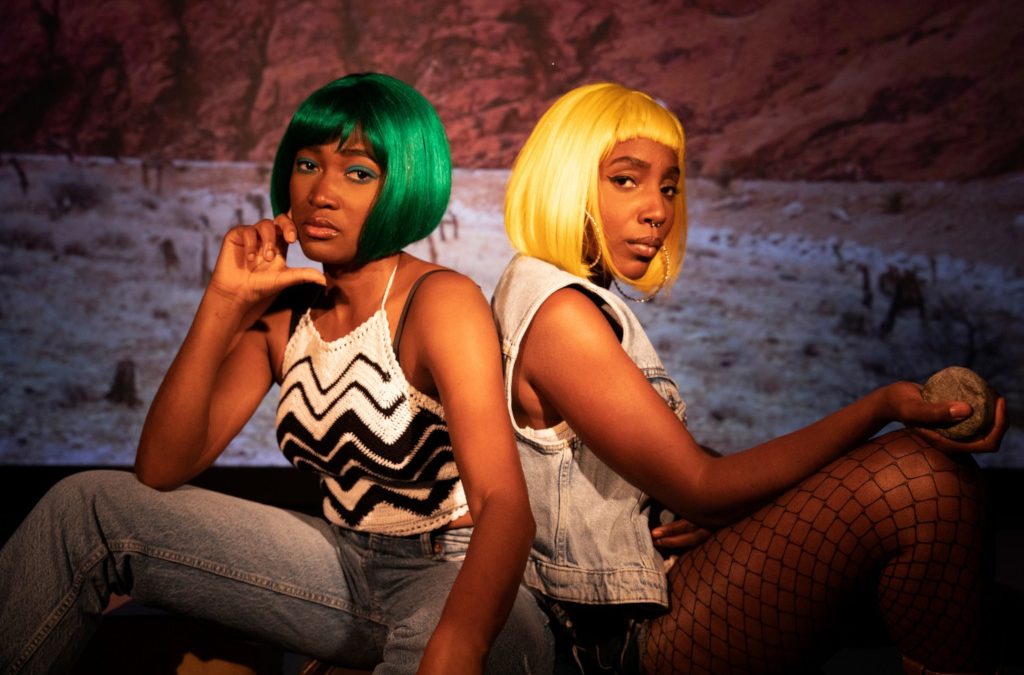 The Royal Court’s ambitious and refreshing new programme has continued with Aleshea Harris’ revenge drama Is God Is at the Jerwood Theatre Downstairs.

Fast and furious from the off, Aleshea Harris’ play has more than a passing reference to a Tarantino film, with the ensuing violence and vibrant soundtrack. However at its heart it is very much in classic mould of a revengers tragedy, albeit with a more modern twist – of women trying to take control of their own narrative.

This is taken quite literally as characters take it in turn to speak direct to the audience about themselves, as if reading out the stage directions.

Is God Is Plot

Two female twins receive a message from their mother who they have believed to have died in a fire started by their father. In that fire both twins were badly burned, one on the back and the other on her face. They discover that their mother has survived and is living in a rest home horribly disfigured by the fire.

Answering her call, they learn that she is dying, and has one last request of them; to seek vengeance for her and kill their father. She makes it abundantly clear that it is no Christian concept of justice that she craves but Old Testament Vengeance. “Make him dead real dead.”

The religious tones are quite clear with the twins calling their mother God – “Well, she made us didn’t she?”. Devotees of Tarantino, or indeed of any revenge tragedy need hardly be told of the carnage that unfolds as they set out on their journey of retribution.

Ola Ince’s direction is crisp managing to portray the violence on the stage without turning it into a bloodbath, in this respect deviating both from Tarantino and Revengers tragedies. She also leaves the audience in little doubt as to where their sympathies should lie, as the women follow their divine instructions to the letter.

Although certain characters, such as She (the mother) and Man (the father) tend to caricature, this is in keeping with the Tarantino motif – certainly there is a lot of Bill about Man.

Tamara Lawrence is extremely strong as Racine, driving the plot forwards with plenty of dynamism, but it is Adelayo Adedayo as her twin sister Anaia who provides the more subtle performance, as her character constantly battles with the path that they have agreed to tread. It is through her eyes that we question whether vengeance is indeed the right course of action.

Chloe Lamford’s set helps generate a flexibility to the play, while the music by Renell Shaw drives the play forwards as much as the plot and direction. Certainly this is no play that you can doze off halfway through.

Running at around an hour and a half the play is shorter than most Tarantino films, but it has the same dubious relationship with violence.

During the dramatic final fight scene – like the gunfight in a Western – I am unsure where our sympathies really should lie. Certainly given the reaction from many in the audience, I felt that there was a much more ambivalent attitude towards vengeance prevailing in the Royal Court than my own. But there again maybe that is part of the question being raised by Harris. Really the only person who can provide an answer is the viewer, just like in all Revenger’s Tragedies. 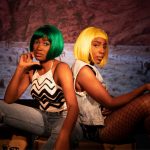 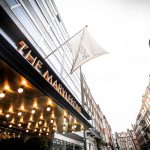 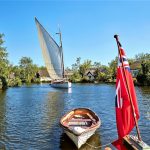