Julia Bright reviews Regent’s Park Open-Air Theatre’s production of Carousel which has been transposed to the North of England. 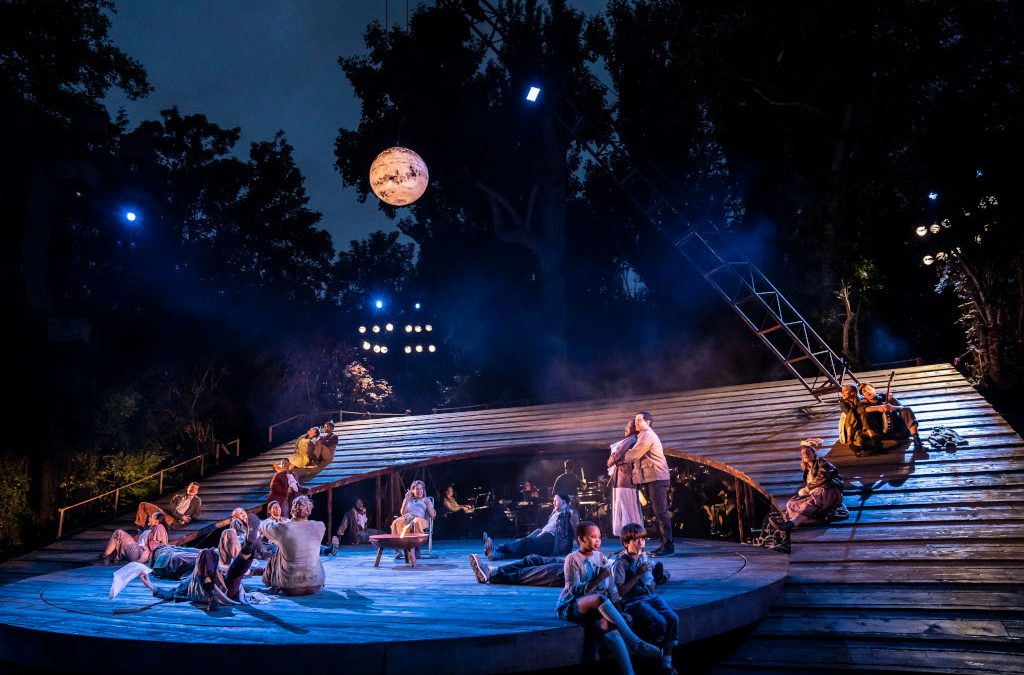 Julia Bright reviews Regent’s Park Open-Air Theatre’s production of Carousel which has been transposed to the North of England.

Good gracious. Carousel set in a northern England seaside town and local accents? What’s happened to “finger-lickin’ good” and the crab-rich coast of Maine? And there are more changes afoot in this new, thought-provoking production directed by Timothy Sheader

More emphasis is given to the dark side of human nature – rape, wife-hitting, burglary and finally a stabbed suicide. It resonates with our own fears, aware as we are of the escalation of these crimes, particularly domestic abuse – during the Covid Panademic. There’s even a programme note about Refuge, the UK’s largest provider of services in this area. In this Carousel victims have the edge rather than the perpetrator.

Yet, Carousel still boasts some of the best and most-loved tunes of Rodgers and Hammersteins’s musical creations, including the heart-rending ‘You’ll Never Walk Alone’, forever linked to the Hillsborough Disaster and exquisitely sung by Joanna Riding (Nettie), the poignant duet, ‘If I loved You’, and the jolly ‘June is Bustin’ Out All Over’.

It’s a simple plot of boy meets girl. Impetuous fiery-tempered Bill Bigelow, carnival barker and sweet, strongminded Julie Jordan who works in the mill fall in love, marry, and their roller-coaster relationship develops. Beating his wife, hitting her and killing himself when a burglary goes wrong, the story ends in the afterlife when Billy is allowed just one day to visit his 16 year-old daughter, Louise, to try and make amends. He fails.

Yet the production is over two hours long. It is fleshed out with compelling dramatic vignettes, vibrant community ensemble singing and brilliantly choreographed dances – plaudits to Drew McOnie. Full use is made of the revolving circle cut into the stage, ribbed wooden decking slanting steeply upwards to form the main backdrop. It reaches quite a height and serves as extra acting space. The orchestra’s home is a dark, barely-lit cavern right under the slope which is domed at that point.

A word about the score: this has been painstakingly re-worked by Tom Deering to lose some of the original lushness which he felt was inappropriate to the new setting and local accents. So, less strings and, to denote north country culture, more brass. In fact, just after the strains of the evocative Carousel waltz opens the show, up onto the stage marches a rousing brass band, signalling what’s to come.

I liked the subtle, almost imperceptible sound of the sea washing onto the sand during the performance. Another touch is the misty haze blowing in from the invisible sea. The large buoy sited centre stage works as a useful prop, cleverly morphing to a full moon as it hangs up high in the second Act.

Fortunately the weather vane was set fair on the day I was so enjoyably entertained. Carly Bawden excelled as Julie, Declan Bennett, with his flat-cap and leather jerkin managed well as unredeemed ‘bad boy’ Billy, trying to control his temper. Memorable was Jo Eaton-Kent as a transvestite Mrs Mullins – hope I’ve got that right – and I must mention John Pfumojena, delightful as family man Enoch Snow along with Christina Modestou in the role of his contented spouse – a noticeably contrasting couple to the damaging relationship of Julie and her Billy.

Carousel is an ambitious production for Regent’s Park Theatre, Covid notwithstanding. It boasts a cast of 39 including 15 children carefully chosen to show the diversity of the local community/aka the human race. 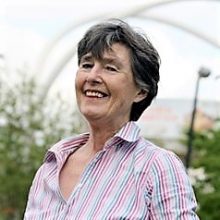